Happy new blog post! No wait, that isn’t right. Maybe it’s.. happy new year? No, no that still isn’t right. How about… Happy New Decade! That’s right, it’s finally 2020. It’s crazy to think that we’re now in a decade where Toontown’s path is now controlled exclusively by the fans, for the fans. Most features in Disney’s Toontown Online are now over a decade old themselves, with Parties and Field Offices making their way up there now that it’s 2020. But enough about the past- what about

Tuck everlasting audiobook. Toontown Rewritten is a free-to-play revival of Disney's Toontown Online. Create your own Toon and join the battle to save Toontown from the evil robot Cogs. Play now for FREE! This leak contains a bunch of scrapped artifacts and original source code from Toontown Online. Before this update, Toontown Offline ran on a considerable chunk of our own custom server code. However, now that most Disney server code is public, we have decided to swap out our custom work for the original.

Feature Complete
This past month has been our most active month all year in terms of Toontown Offline’s development. Since our last blog post one month ago, we’ve released Toon Parties, The Prologue Episode, and Custom Controls all on our Test Server. With all that said, our v1.0 update is practically feature complete. At this time, we are putting our efforts towards cleaning up any last bugs and issues found that have not yet been dealt with. We are also finishing our conversion to Python 3 before we officially release the v1.0 update, as support for Python 2.7 (the version most Toontown projects use) actually ends today! Thank you for sticking with us through the prolonged efforts made on this massive rework of our game. It may not have exactly been done when we first anticipated, but it turned out a lot more complete and polished than we had planned, too. Not to mention that we’ve been hosting our Test Server for over half a year now! 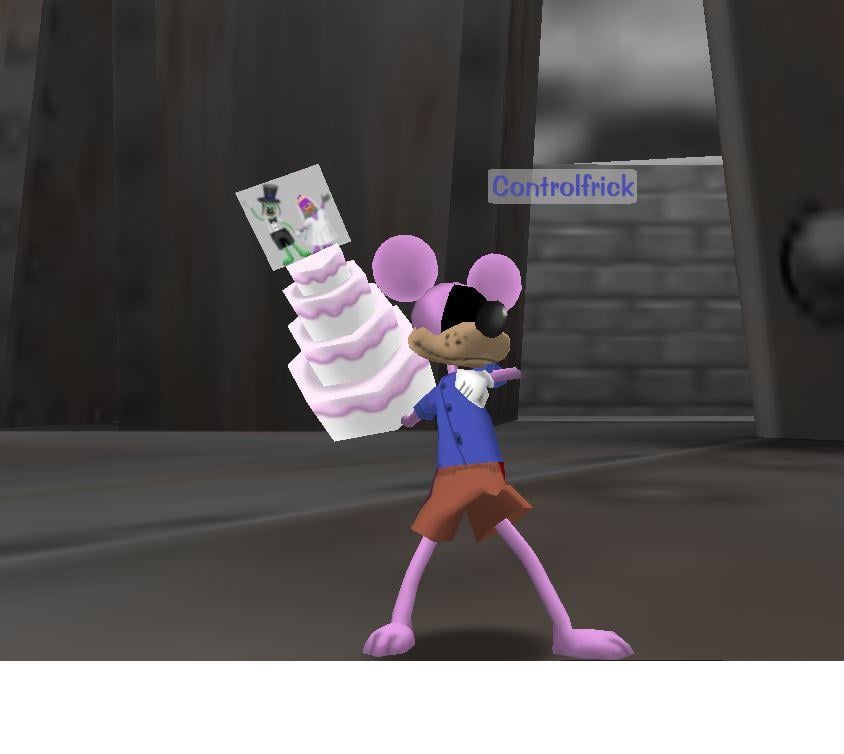 The Test Server
As we approach the release of our v1.0 update, we will be subsequently closing off our Test Server and Test Server Discord until the next major release of Toontown Offline. Once again, we thank you so much for helping us Test our v1.0 update, and very much look forward to bringing our Test Server up once again upon the release of Operation: Seek Out Scrooge.
And There’s More
Despite the imminent closure of our Test Server, we plan on continuing small patches to the game on a regular basis. These updates could range anywhere from a new Transformation Magic Word, to a few bug fixes, or even new features for an existing system. Please note however that there will not be a consistent flow of these smaller updates as we shift our main focus over to our SOS update.
Speaking of updates, we need to fill everyone in on how we will be handling our versioning from here on out. v1.0.0.0 is a pretty long version name, but for a good reason. Disney originally had the same amount of numbers for their game versions. The 1st number is a 1, and it always stayed the same. The 2nd represented the localization of the game. The 3rd represented a major update, whilst the 4th a smaller update. For Toontown Offline, we plan on using a similar, but slightly different versioning system. We never plan to bump up our version to 2.0 again, so the 1st number in our version will always stay the same. Rather than reserve the 2nd for localization, we will instead be using it for major updates, such as our SOS update. The 3rd will be for average-sized updates, and the 4th for small hot-fixes. No matter the size of the update, we’ll always post the release notes to the respective portion of our site- and you can even view them when you hop on in-game too! Hopefully this new versioning system will give our players an accurate representation of the size of our future updates.
Until Next Time

With all that said, we hope you’re looking forward to actually being able to play Toontown Offline, well, Offline again once we finish with the Test Server. For now, we have to get right back to work in order to make that happen! As always, thank you for your supporting us, the Toontown Offline project. Our players are what motivate us to keep creating for this awesome game. Until next month, have a good one all!
Benjamin
The Toontown Offline TeamGreetings everyone! I hope all of you, whether you’re from the United States or not, had a great Thanksgiving last Thursday. Today we have a lot to discuss on the agenda, so let's get down to business!
Reflecting on the Community

The Toontown Offline Team has sure grown a lot over the years- this year perhaps the largest of all! We’ve had many talented individuals from all corners of the Toontown community join our project lately, and we couldn’t be more thankful. One thing we feel makes this community stand out among others is our unification. There are Toontown players young and old, soundless and lureless, cats and dogs- all from different walks of life. We are able to come together and cherish something we love, and that’s Toontown. Another important part of our community is the wide variety of flavors available for fans of the game. You can play versions of Toontown that keep close to the original, or others that add multiple new playgrounds and game-changing features. The amount of choice we have available to us is part of what makes this community great. This isn’t a community about one game anymore. We can all appreciate each other’s twist on the Toontown experience. Now, why am I talking about this?
Over the past year, many of our team members have dipped their toes into the different flavors of Toontown. The most popular among our team is a project many of you probably know as Toontown: Corporate Clash. Clash is a twist on the traditional Toontown experience that vastly changes up original features such as the battle system, while adding new content of their own (multiple new Playgrounds, anyone?). We’re proud to now have six team members that reside on both teams. It has given us the opportunity to communicate between our teams unlike we would have previously. Heck, it’s even led to us banding together to do something great:
Throughout the month of November, the Toontown Offline Team and Corporate Clash Crew teamed up to raise money for Team Trees. Team Trees is an organization with their eyes set at planting 20 million trees by January 1st, 2020. Each dollar donated to the cause equals one tree. Sounds simple, right?
After all was said and done, we raised a grand total of 461 trees- 11 trees above our goal! In celebration of our donation, both Toontown Offline and Corporate Clash will be releasing a new Team Trees themed outfit. All you need to do is log into either game and redeem the code “TOON trees” to receive the outfit in your mailbox!
We’re very happy to have had the opportunity to work together on this. We highly recommend you go ahead to the Corporate Clash website and check out what their game has to offer. Toontown players new and old will definitely appreciate what their game has to offer. You should also click the link above and considering donating to Team Trees yourself! As of this post, we’re only a few million trees away from the 20 million goal. We need all of you to help reach it!
That being said, what’s been up with Toontown Offline lately? Let’s talk about what’s recently hit our Test Server, and what’s soon to come.
Test Server Updates
In November, we tied up quite a lot of loose ends feature-wise. There are a couple Toontown Online features we forgot about that were dealt with this month. The largest was the Silly Meter, along with the animated street props. We also added back code redemption in your Shtikerbook so that you can redeem that Toon Trees code mentioned earlier. Another few things we added were the logout button on the Pick-A-Toon screen, more widescreen polishing, a comb over of every Magic Word in the game, a few new Magic Words, new options, and many more small tweaks! The most important one that I’ve been saving until now though is the Episodes feature.

In Toontown Offline v2.5.7, we had four Episodes that would each tell their own short story. How were the Cogs created? What do Cogs do in their spare time? How did the citizens of Toontown learn how to defeat Cogs? As much as we liked these Episodes, there were some glaring issues in how they were created. The way Episodes were programmed was… bad, to say the least. Our goal when porting over features from v2.5.7 has always been to run them through the washing machine to make them the best they can be when we add them to v1.0.0.0. We had to do a LOT of work to bring Episodes up to par. Earlier this month, we released the first version of our new Episodes system to the Test Server. Some things to note about this new system:

With Episodes almost out of the way, the last leg of the race is staring us in the eyes. Toon Parties. We have continued work on Toon Parties, and are very close to releasing them to the Test Server. As Shawn Patton, a Schell Games employee who worked on Toon Parties, has said himself, this is a feature that is more complex than meets the eye. We’ve had the actual Party activities done for months now. Instead, the big hurdles are the more technical side of things. If a Mini-Server reboots, the game needs to be able to reload all the Party data as if it never went down at all. If you schedule a Party to take place 6 months from now, the game also needs to keep track of that. There are many features like this that we have to wrap our heads around in order to make sure it works exactly like Schell Games had it.

We’ll let you know as soon as this update is pushed to our Test Server. We will need all the help we can get to test Parties so that this final Toontown Online feature is the best we can get it.
Until Next Time
We hope you enjoyed this month’s blog post. As always, make sure to keep up with Toontown Offline by joining our two Discord servers! You can join our main one by clicking the Discord icon at the top right of our website. Our Test Server Discord can be found here. Until next month, have a good one all!