Experience Silja Line’s luxury cruises from Helsinki to Stockholm (two nights on board & one day in Stockholm) with great activities & entertainment, dining, spa and fantastic duty-free shopping opportunities. Experience the beautiful archipelago of the Baltic Sea! Day trip to Tallinn from Helsinki. Sounds good To improve your experience, this website uses cookies. To read more about how we use cookies, click here.

A subscription to The Baltic Times is a cost-effective way of staying in touch with the latest Baltic news and views enabling you full access from anywhere with an Internet connection. Subscribe Now!

About The Baltic Times 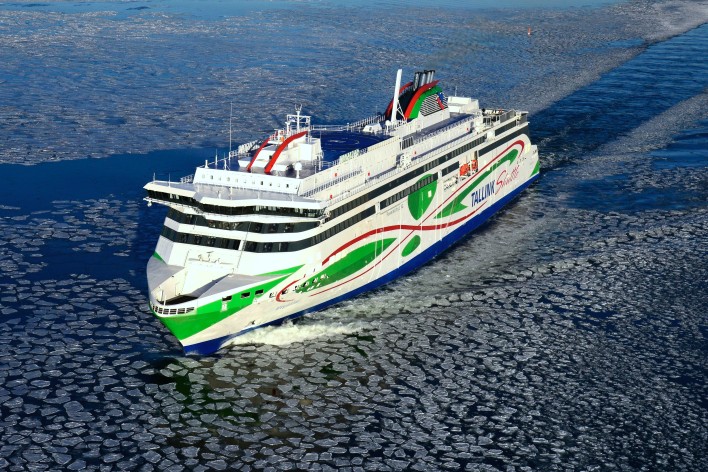 The Baltic Times is an independent monthly newspaper that covers latest political, economic, business, and cultural events in Estonia, Latvia and Lithuania. Born of a merger between The Baltic Independent and The Baltic Observer in 1996, The Baltic Times continues to bring objective, comprehensive, and timely information to those with an interest in this rapidly developing area of the Baltic Sea region. Read more..Our news analysis and commentaries provide readers with insight essential to understanding the three Baltic countries and their neighbors. With offices in Tallinn and Vilnius and its headquarters in Riga, The Baltic Times remains the only pan-Baltic English language newspaper offering complete coverage of regional events.
Publisher: Gene Zolotarev
Editor in chief:Linas Jegelevicius

Swedish unions have reacted with disappointment to the announcement that Swedish ferry company Tallink Silja AB plans to cut all approximately 500 Swedish jobs on board the vessels Silja Symphony and Silja Galaxy, which operate between Finland and Sweden. Of these job cuts, some 130 are officer roles. The biggest inland City of Nordic countries. Tampere is the biggest inland city in Nordic countries with industrial heritage that red brick buildings by Tammerkoski rabids reminds us from. 21st century cabinets. Tallink announced Thursday that the Finnish government approved the loan, with a guarantee of up to €90 million, to Tallink Silja Oy, Tallink's Finnish arm. The sum matches one provided by the Estonian state, via its credit agency KredEx, earlier on in the year, in.

Swedish unions have reacted with disappointment to the announcement that Swedish ferry company Tallink Silja AB plans to cut all approximately 500 Swedish jobs on board the vessels Silja Symphony and Silja Galaxy, which operate between Finland and Sweden.

Of these job cuts, some 130 are officer roles.

Tallink Silja is part of Estonia's Tallink Grupp AS. Unions have been negotiating with the company for weeks to try to find a way of avoiding redundancies.

Seko Seafarers president Kenny Reinhold told Telegraph he was disappointed but not surprised by the decision.

'It's hard to be angry at the company, as it is suffering due to the coronavirus pandemic,' he said. 'Of course, we are very disappointed that they are taking these measures, but on the other hand we know it's terrible if you aren't getting paid some of your salary. It's a very hard situation.

'It's hard to be angry but I am a bit angry. I'm more angry at the virus that's turned the world upside down.'

The Maritime Officers' Association (MOA) said it had hoped for an agreement on reduced working hours and a pay cut instead. Lennart Jonsson, who had joined the negotiations for the union, said it was a shame the company had decided to announce redundancies despite weeks of effort.

Mr Jonsson said one of the key issues is uncertainty over the Swedish government's support package for short-term layoffs, which stops at the end of November.

Tallink Silja AB has now called the unions in for formal negotiations but says it will continue to press the government to extend short-term layoffs.

Marcus Risberg, CEO of Tallink Silja AB, said: 'In recent weeks, we have worked hard to persuade the government to extend the possibility of short-term layoffs, so that we can cope with overcoming the extremely challenging situation we have been in since March. Short-term layoffs, combined with a fair amount of traffic on Galaxy and some weekend traffic when given the opportunity on Symphony, could have given us the opportunity to hold on and persevere. At present, however, we have no signals from the government about an extension of the support. We have not given up, and we are currently preparing more initiatives and even stronger advocacy work to put pressure on the government.'