- When the American Gold Cup makes it much anticipated return this year at Old Salem Farm in North Salem NY, it will be a star-studded lineup of world-class show jumpers that will compete for the 2012 title. The show, now just a couple of weeks away, is scheduled for September 12th through the 16th, 2012, with the famed $200,000 American Gold Cup as the highlight event on the final Sunday.
This year's event has been designated an FEI CSI 4*-W, with Sunday American Gold being an East Coast League World Cup qualifying event for the 2012/2013 show jumping season. 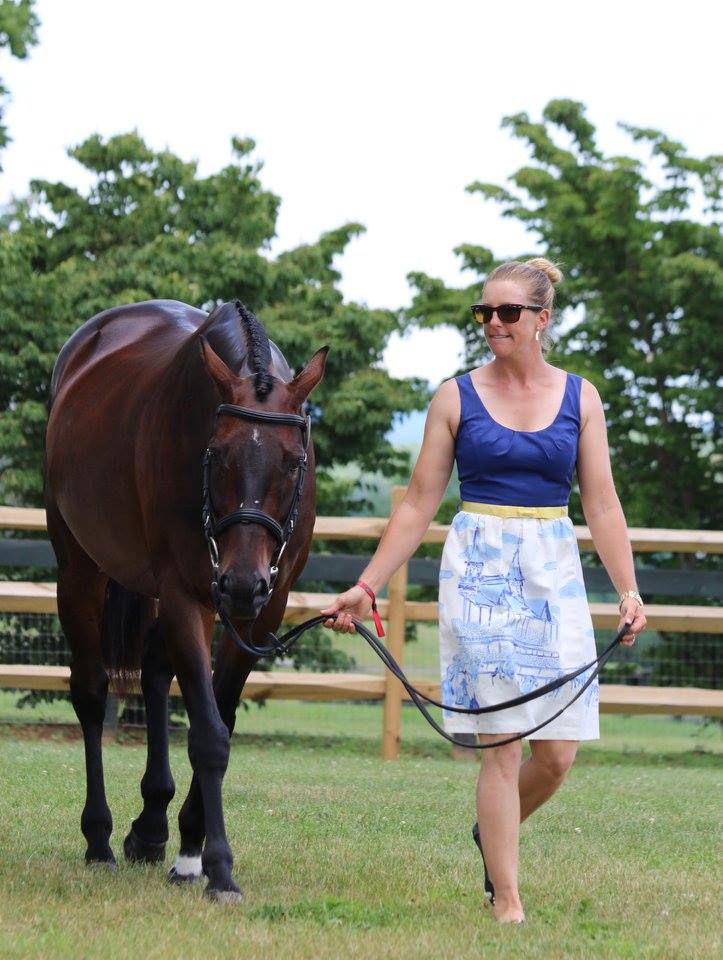 With over $30 million dollars in improvements, Old Salem Farm, in New York's Westchester County, is a premier equestrian venue, offering state-of-the-art facilities, surrounded by 120 gorgeous acres.
Highlighting the roster of riders scheduled to compete are four of the five members of the 2012 London Olympic team, including starters Beezie Madden, Reed Kessler and McLain Ward and first alternate, Charlie Jayne. 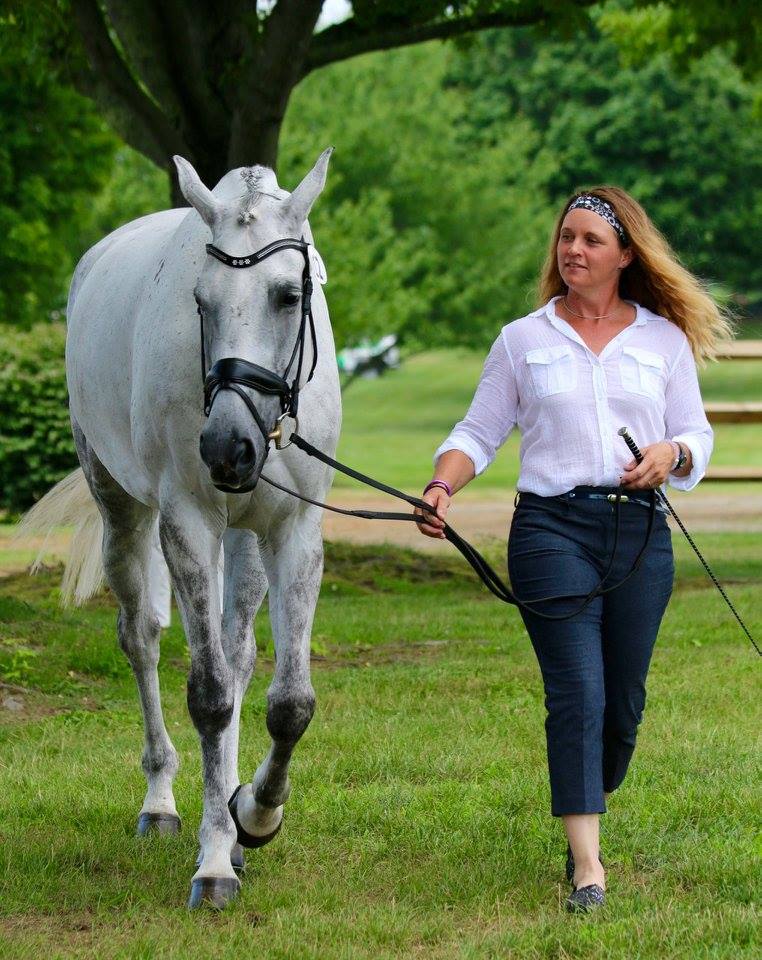 Madden and Ward are both two-time Olympic Gold medal winners.
Interestingly, while Madden is the defending champion, having won the event when it was last held in Cleveland in 2010, the American Gold Cup is one of the few major American show jumping events that McLain Ward does not include on his long list of victories. He will try and add that elusive Gold Cup title to his impressive resume in September. Madden, by the way, also won the American Gold Cup in 1989 in Philadelphia.
Madden will choose from an outstanding array of mounts, including Cortes C, Mademoiselle and Vanilla. Ward has four of his top horses entered for the Gold Cup. Led by veteran campaigner Rothchild, Ward will also have Zander, Vocas and Pjotter van de Zonnehoeve to choose from.
'I'm thrilled that the American Gold Cup is getting new life,' said Ward. 'It's one of the great competitions of our country and it's one I've never won. It is an event I'd really like to put on my resume at some point.'
Ward, who is based in nearby Brewster, NY, added, 'I'm very excited that the show is coming to our hometown. The Hakim family has invested a tremendous amount of money in the facility at Old Salem which is really first-rate now. I think what's happening, with the Old Salem show in the spring and now, having the Gold Cup here in our area, which really is the true original horse capital of the United States, just adds to that excitement,' he said.
Kessler, who became the youngest show jumper to ever compete in an Olympic Games last month, has two mounts, Mika and Onisha. Meanwhile, Jayne has Urbanus entered at Old Salem.
The American Gold Cup is a title that has also eluded America's winningest grand prix rider, Margie Engle. Engle will try and change that when she comes to North Salem with her top two mounts, Indigo and Royce.
Christine McCrea, the 2011 Pan Am Games Individual Gold Medalist is also on this year's roster of world-class riders.
Kent Farrington and Voyeur will be competing at this year's American Gold Cup in North Salem, NY. (Kenneth Kraus/PhelpsSports)
Other top American riders scheduled to compete at this year's American Gold Cup include Kent Farrington, who is coming off a tremendously successful run at the summer series at Spruce Meadows in Calgary, Canada earlier this year. Farrington is energized about the return of the American Gold Cup. 'The Gold Cup is one of the oldest and most prestigious events in U.S. Show Jumping so I think it's really exciting that we're continuing that tradition,' he said. 'I think North Salem is a great location for a horse show. There are a lot of horse enthusiasts in that area, it's close to New York City and I think it will be nice to have a great show in a great facility. I'm really looking forward to it.'
Candice King, the winner of this year's Fidelity Jumper Classic will be there with Campbell VDL and so will Molly Ashe-Cawley, a winner at Devon this year. Ashe-Cawley brings Executive Privilege and Carissimo, who she rode to victory earlier in the year at Old Salem in the $25,000 North Salem Grand Prix. Charlie Jacobs will have two horses at Old Salem, including Flaming Star, winner of the $25,000 Fieldstone Grand Prix just a week ago.
Also on the list, Quentin Judge, who will compete with HH Carotino and Cara Raether, from nearby Bedford, NY, who brings three horses to this year's class. Georgina Bloomberg, summer-based in North Salem, just recently returned to grand prix action following back surgery and will compete at this year's American Gold Cup with three of her top mounts.
Internationally, the British Isles will have great representation in North Salem with Richie Maloney and Shane Sweetnam of Ireland and Tim Gredley of Great Britain scheduled to compete. Sweetnam comes off a win in Lexington just weeks ago while Maloney had a clutch ride that keyed the exciting Irish victory in the FEI Nations Cup competition at Dublin, Ireland, recently. Also competing is Brazil's Paulo Santana with Taloubet.

The American Gold Cup will feature a full array of jumper classes, including sections for Children and Adult Jumpers, Low and High Junior/Amateur Jumpers, plus Young Jumpers. A $25,000 Show Jumping Hall of Fame Classic will take center stage on Saturday and the day will also include $10,000 NAL Classics for Children, Adults and Low Junior/Amateurs.
Highlight events for Open Jumpers include the $7,500 Hallway Feed & KER Sport Horse Nutrition Open Jumpers on Wednesday, $10,000 1.45m Speed class on Thursday, the $50,000 American Gold Cup Qualifier on Friday, the $35,000 Double H Farm American Gold Cup Jumper Classic on Saturday and of course, Sunday's main event, the 42nd edition of the $200,000 American Gold Cup.
This year's event in September will be much more than an equestrian competition, but rather a family destination, offering the non-equestrian enthusiast a children's fair, a petting zoo, live musical entertainment and a trade fair. The famous Just World International Horseless Horse Show, always an exciting attraction for children attending the event, will also be held. 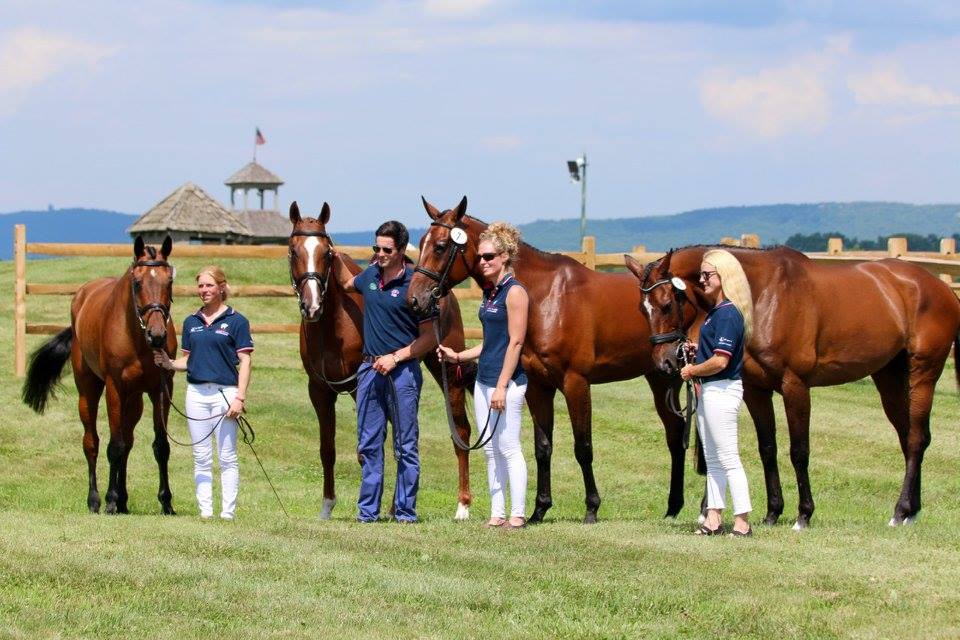 The official prize list for this year's event is now available on line at: www.stadiumjumping.com and www.theamericangoldcup.com.

Comments Off on Tornado relief? Posted by Steve – June 3rd, 2013

Everyone in the equine community knows someone affected by recent storms and weather-related disasters. Much of the recovery effort is focused on providing help with the unbelievable messes to clean up. We know many Appaloosa Horse Club members are in the areas dealing with the aftermath and we know the rest of you will help if, and however, you can.

The ApHC will have donation “buckets” at the National Appaloosa Show and Youth World in Fort Worth later this month.

If you need to do something more quickly, I’m willing to suggest donations to the American Red Cross and the American Association of Equine Practitioners, both of which are on the front lines of recovery for people and horses respectively. Several breed groups, corporations, media companies and other equine associations have special funds as well. You can visit equine.com and other sites for more ideas.