One of the things that definitely hasn’t aged quite well in Skyrim is the way characters look. 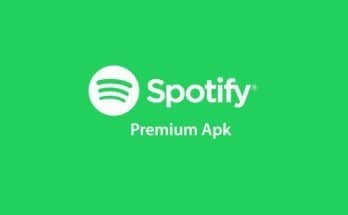 It sometimes feels like both men and women could look far more shallow than they do now, which would make the Skyrim experience much easier on the eyes.

In any case, a layer of realism seems to be missing. Which even shows in the presets that you see when you’re first creating your character.

The Elder Scrolls V: Skyrim is a massive game with a massive fan base. Originally released in 2011, the game has seen several re-releases on different platforms and even a remaster in 2016 with Skyrim: Special Edition.Combined with its active modding community, there is a multitude of ways to enhance and improve Skyrim for a new playthrough.

There are countless mods that improve character appearance and make them look like real humans, which makes the game surprisingly better than it already is.

I’ve refrained from adding mods that improve beauty in erotic-packed ways, but I have added one or two mods that do a great job in improving the bodies of characters in the game. Which is always great whether you’re looking for a handsome husband or a gorgeous wife.

Even though this mod has been already discontinued as it is included in a different package, the standalone version still deserves a place on this list because of how awesome it is (and how good of a tool it also is for modders).

This mod allows you to edit characters better than ever before whenever you visit the character creation menu (even if you trigger it via commands).

There’s something really off about the way textures seem to work, as it would appear like hair is only one texture on its own and it doesn’t really feel like you could see each individual hair when walking around.

This mod was carefully crafted to make it so every single hairstyle in the game looks much better, which helps Skyrim feel more natural as well. Haircare is very important, after all.

I know – you didn’t know that you wanted freckles in Skyrim before you saw this mod.

Don’t worry, I didn’t know it either!

This mod showed me just how amazing freckles can look and how much natural redhead characters look with such a mod installed.

The mod adds freckles overlays to the characters in the game and it works well for characters that have freckles on their entire bodies.

Just like the CharGen Extension, however, it does require you to have the RaceMenu mod installed to make everything run smoothly.

Elves are usually known as the most beautiful creatures in most fantasy worlds.

In fact it’s almost unfathomable to think that female elf could be ugly simply because legends say how most elven women are most beautiful creatures in the land.

Sadly this doesn’t seem to be the case in Skyrim.

Some Elves are just plain ugly and they don’t serve the purpose of their history quite well.

Thankfully this mod aims to correct that with an overhaul to the way all elves look.

You’ll notice how Elven women will become 10 times more attractive when creating a new character. This will give you enough defaults to create the female elf of your dreams.

Have you ever felt like the base Skyrim hairstyle are quite bland?

Me too, which is why I specifically looked for a mod that corrects this issue.

This mod adds over 600 new hairstyles for women and a little less than 100 hairstyles for men, making it one of the most complete packs of hairstyle that you’ll find on the Nexus.

Options are aplenty when creating a character after this mod is installed.

Much like the issue with hairstyles, The Eyes of Beauty aims to correct the blandness which you can feel whenever you look any character into their eyes.

It really makes no sense that all eyes are so similar.

It feels like the entire world of Skyrim is lacking in variety. This mod adds many new colors and types of eye shapes to the game, which makes everything look as good as you can imagine(or even better!)

Come to think of it, it really makes no sense that Nordic warriors only have a couple of types of face paint to choose from to create their traditional markings.

This mod allows your character to be fully tattooed thanks to the meshes that it adds and modifies in the game files.

The days of watching your female character move around with what appears to be a plastic wig on her head are over.

This adds a ton of new hairstyles to the game. All of which are fully animated and move around as your character walks or runs.

It makes women look much better to the eye, and the game feels more natural as a consequence of it!

The maker of this mod has truly put a lot of effort into making the lips of women in Skyrim look like the actual lips of a woman.

As you might’ve noticed before, there really aren’t any significant differences between the lips of a woman and the lips of a man. Except perhaps a bit of shape.

This mod overhauls the way women’s lips look making the game much more akin to reality and helping you get even more immersed with female characters in Tamriel.

And trust me, some of them have some juicy lips.

You know what? Not everything needs to be about realism with these beauty mods.

In fact, I’ve been very attached to realism so far and I’ve avoided some pretty exaggerated mods to keep things as natural as possible.

However it wouldn’t be fair to exclude the Eyes of Aber mod from this list.

The work that was put into making these eyes as beautiful as possible is tremendous, and you’re probably going to really enjoy something like this.

It’s a mod that will truly give a unique look to any character to which you want to apply these to.

How awesome would it be for some characters to have giant scars running across their bodies?

It seems like something Bethesda shouldn’t have overlooked when they first created Skyrim, as it would make sense for people in a land where everything attacks you to be as scared as they get.

Thankfully modders haven’t overlooked this and the Northborn Scars mod is the best out of all mods that add scars to the game.

This will replace all of the scars that come with the vanilla game and add a bunch more detailed ones that look miles better than the originals. The danger is real folks.

There’s nothing scarier than a vampire. Well, at least, that’s what some people think.

However this is far from what Skyrim often reflects.

Vampires in the game just don’t look realistic enough, and the main culprit of it has to be their fangs.

They just look so underwhelming in the game that it makes it almost impossible to get immersed in the fun.
With this mod you’ll be able to speak to vampires and instantly feel fear strike deep inside you.

Their fangs will be way more noticeable and vampires will look better as a consequence of it.

Things are getting serious now and you’ll notice how the quality of mods from now on seems to skyrocket.

The Windsong Immersive Character Overhaul is literally an overhaul to most characters in the game, which includes those that come with the DLCs.

This makes everything look far better than it does in the base game.

It truly does justice to the reputation of Skyrim and makes things more realistic than you’ve ever seen them.
This is one of the most complete retextures that I’ve ever come across.

If you like things that look vanilla while also completing what’s missing then this mod is exactly what you need.

HD facial hair makes things look far more realistic than they would with regular facial hair, and eyebrows aren’t an exception to this.

In fact, you could keep the vanilla body textures and simply add this amazing Brows mod and people would instantly look far better than they do in the base game.

This one and the Beards mod are must-haves if you want to immerse yourself and have the most realistic of characters possible.

This adds a majestic variety of detailed beards into the game and, as said in the last mod, it’s a must-have.

Especially if you want proper male characters wandering around.

This Beards mod is made by the same person that made the Brows mod, which doesn’t only make them compatible on paper but they also look very similar in the game.

This just adds a new level of beauty and immersion to your characters. And those who feel the need to have the most realistic males out there definitely need to give both of these a try. 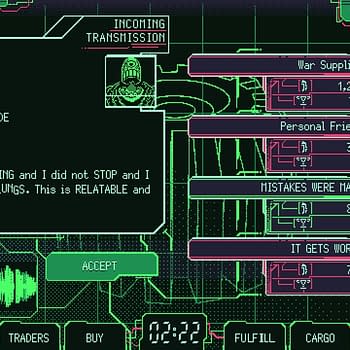 Okay, okay. This one isn’t really one mod. 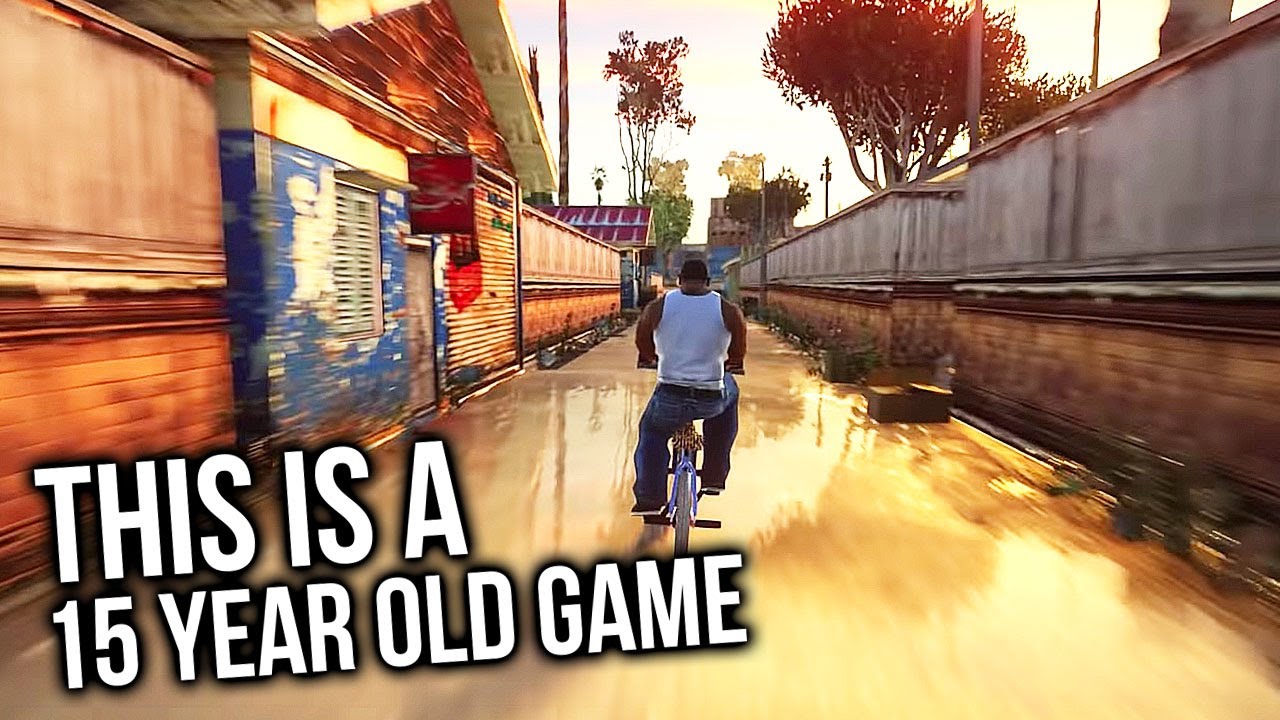 However I feel like it’s important to include it as it compiles the best mods ever created for Skyrim in terms of character looks.

The Total Character Makeover is a mod compilation which helps you install some of the best mods ever created in one simple pack.

Most mods that are included here have already been reviewed on this list, and they all work incredibly well together as proven by TCM.

This mod serves as a way to help you edit characters in a much more natural and realistic manner than what the base game allows.

This adds a ton of new different sliders, modifying different parts of bodies and making characters look even better if you put in a bit of effort to create them.

This is definitely a fan favorite when it comes to eye mods in Skyrim.

Even though the mod isn’t being updated anymore, it’s one of the finest eye mods in the Nexus community and one of the most downloaded beauty mods of Skyrim that you can find online.

Skyrim Glowing Eyes adds a selection of eyes that glow in the dark, which adds some more depth to the game and makes characters either frightening or gorgeous at night.

This is another great mod for those who feel like the base game is lacking hairstyles.

It doesn’t only add cool new hairstyles for humans, it also makes Orcs and Elves able to select new types of hairs when creating a character of those races.

You might notice how some of these styles look familiar if you’ve played The Sims, The Witcher or even Oblivion.

Most of the hairstyles added with this mod are conversions from styles that were present in other games! Go figure.

Okay, this is the one NSFW mod that I had to include here.

Honestly it would not make sense to let this one slip given how detailed it is.

It adds naked textures to both males and females in the game. It also makes both types of bodies fully customizable by adding new sliders which you can easily tweak as you please.

This mod basically allows you to create realistic, custom bodies going as far as your heart desires.

It puts the game on a whole other level and if you don’t mind a bit of NSFW stuff mixed in here then it would be a no-brainer to try this out.