Looking for the NR2003 Graphics Guide? Click here to view the popular graphics tweaking guide and get the best out of your system! 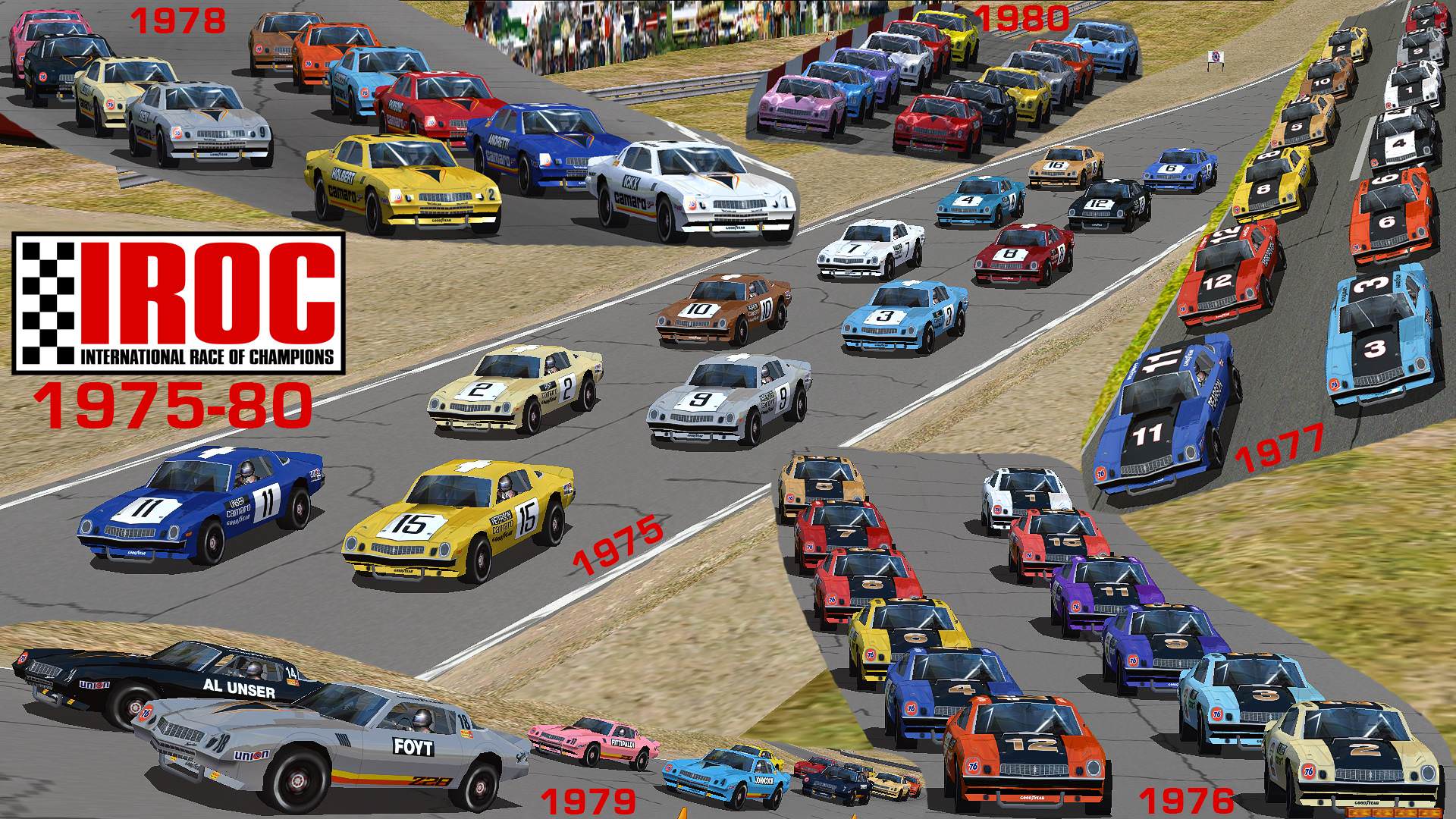 I no longer make NR2003 downloads as of 2014 so I want to give a big shout out to the tens of thousands of fans that downloaded all of my work for NR2003. Your praise and downloads are much appreciated and thank you so much for a wonderful NR2003 producing career. All my downloads are free and I support open and creative communities. Thanks!

Tracks
Check out the Eyjix series of track variants for NR2003, a set of tracks that bring crazier racing to your NR2003. Sand pits, high-grip racing surfaces, low-grip grass, alternate trackside layouts and more are available on every Eyjix track variant.

For the first time ever Armory Digital Racing Designs is branching out to make a mod for NR2003. In the past this was never a possibility let alone a focus for the type of content you would see on this website. For the longest time mod creation was a high wall to climb if you wanted to make a mod for NR2003. ThePits.us for many years has always had text documentation and a download link to a mod creation kit so technically anyone could try to jump in and make a mod. The biggest hurdle was trying to understand how to set up the code and also a scene in 3DS Max8 though. If you were not on a team that had been making mods for many years in the community if was very hard to get in on the process on your own. Whether that was due to some holding all the cards and keeping the tips and tricks a secret (several years ago the modding teams were very competitive) and the other modders simply too busy of course to be able to explain and make tutorials. In short, there just wasn’t a way to freely get the information so it mostly remained that last area of NR2003 content creation that was always rare and only a few knew how to do.

This all changed about a year ago when a 5+ hour video from the NR2003 user Burnout surfaced on youtube showing the core mod process of setup in 3ds max and raw code. It really opened eyes to see what needed to be done to get a custom mesh in the game as a working ‘racecar’. Granted this did not include all the process like how to do damage, internal cockpit, and LODs but it was enough of a spark to get the wheels turning. Another generous user you are probably familiar with known as Cosmin who made the wonderfully detailed MENCS mods also around the same time uploaded several mod making videos that showcased things like LOD,s damage, and some cockpit adjustment features. Cosmin has been a big help with this mod in guiding me as I am building it answering a lot of the questions when I got stuck in a process or trying to understand certain things. Without the videos and additional details from Cosmin it would be pretty hard to make a complete mod as easily as Ive been able to so far.

Now that the backstory is out of the way of how we got here Armory Digital Racing Designs has the information and tools to make a mod. Like any traditional content from Armory Digital this is a completely fictional mod. While fictional tracks was not such a rare occurrence in NR2003, fictional mods as far as I know are few and few if any. This mod is a cross between Nascar’s Gen4 and Gen6 features put together along with some of my own custom features of course. The ultimate goal of course other than just having a fictional mod in general is to also have it be fun to paint on.

Not only to have it fun and easy to paint but looks good with large quarter panel sections, rear, and hood area so the logos can look great. With all of that comes the ultimate feature which is 4 separate noses all that have generic different shapes with no complex manufacturer specific details. This allows users to mold this mod to be useful for any type of fictional series they can think of with as many custom manufacturers. Welcome to the ICR mod (International Compettive Racing).

The above is just an introduction to the mod itself and it has actually been in development for quite a few months. Most content I make I do in secrecy and then release when its ready to avoid everyone coming with questions. This time however I have opened the doors to showing the entire development process from start to finish explaining in detail how it is being created. Mac os leopard server downloadcleversterling. The reason for this is to break the barrier down on how a mod is made so if others wanted to see how it what done and what it takes they could follow along and learn. While the development post are not a direct tutorial they will serve as the new best thing until I make a tutorial series on mod creation (one day hopefully). For the past few months the development process has been posted over on both Stunod and Sim Racing Design which include extra post commentary from users. If you want a cleaner look at the dev posts I will have each section archived in order later on the website. The mod is still in development though so more dev posts will come until the mod is finally released in the future. So until that day comes enjoy reading through the process.