Once you’ve installed the Windows 10 operating system or upgraded the previous operating system to Windows 10 for your HP desktop or laptop, you need to install the corresponding Windows 10 HP driver. Or if you have get the drivers installed, but never updated, just read this post and learn how to download and update HP drivers on Windows 10. 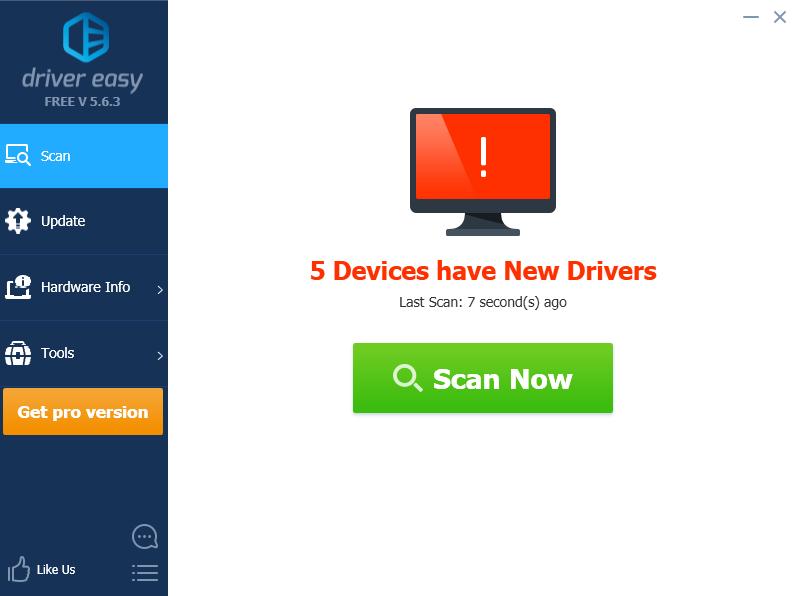 You may not know that HP provides a lot of free software and driver downloads. For HP drivers free download, do the following:

Head over to the HP Customer Support-Software and Driver Downloads page.

Then hit the Identify now button from the left side, then HP will start to identify your product or you can simply enter your HP model number.

Next, you need to select the driver language and the operating system as Windows 10. After a while, you will see a list of the available software and driver categories for Windows 10.

You can update the software and hardware drivers for HP computer with Windows 10 by following the steps below:

Open the start Menu on your Windows computer and click on Settings>> Update & Security settings>>Windows Update.

Then, hit the Check for updates button. If there are any updates available, they will automatically start installing.

Device manager could also be used to update drivers, especially when some hardware components (such as the touchpad, video display, or keyboard) are not working correctly or missing functionality. To do so:

First of all, hit the search icon located at the bottom left, then type Device Manager and open it

Next, locate the target device and component you want to update from list of devices, then right click the device and select Update Driver Software from the menu.

Click Search automatically for updated driver software. After that, just follow the on-screen instructions to install the updated driver.

Once installation completed, restart your HP computer. Then enter your password to regain access to your PC. If you forgot Windows 10 login password and have no reset disk, free to try Windows Password Key, a professional password cracking and resetting tool to help you get access to your computer within minutes.

This is all about how to free download and update Windows 10 drivers for HP, if you have any further questions or problems, don’t hesitate to let us know.

In computers, a printer driver or a print processor is a piece of software on a computer that converts the data to be printed to a format that a printer can understand. Usb disk security with crack and patch all softwares download. The purpose of printer drivers is to allow applications to do printing without being aware of the technical details of each printer model.

Printer drivers should not be confused with print spoolers, which queue print jobs and send them successively to a printer.

Unix and other Unix-like systems such as Linux and OS X use CUPS (short for Common Unix Printing System), a modular printing system for Unix-like computer operating systems, which allows a computer to act as a print server. A computer running CUPS is a host that can accept print jobs from client computers, process them, and send them to the appropriate printer. Printer drivers are typically implemented as filters. They are usually named the front end of the printing system, while the printer spoolers constitute the back end.

Backends are also used to determine the available devices. On startup, each backend is asked for a list of devices it supports, and any information that is available. 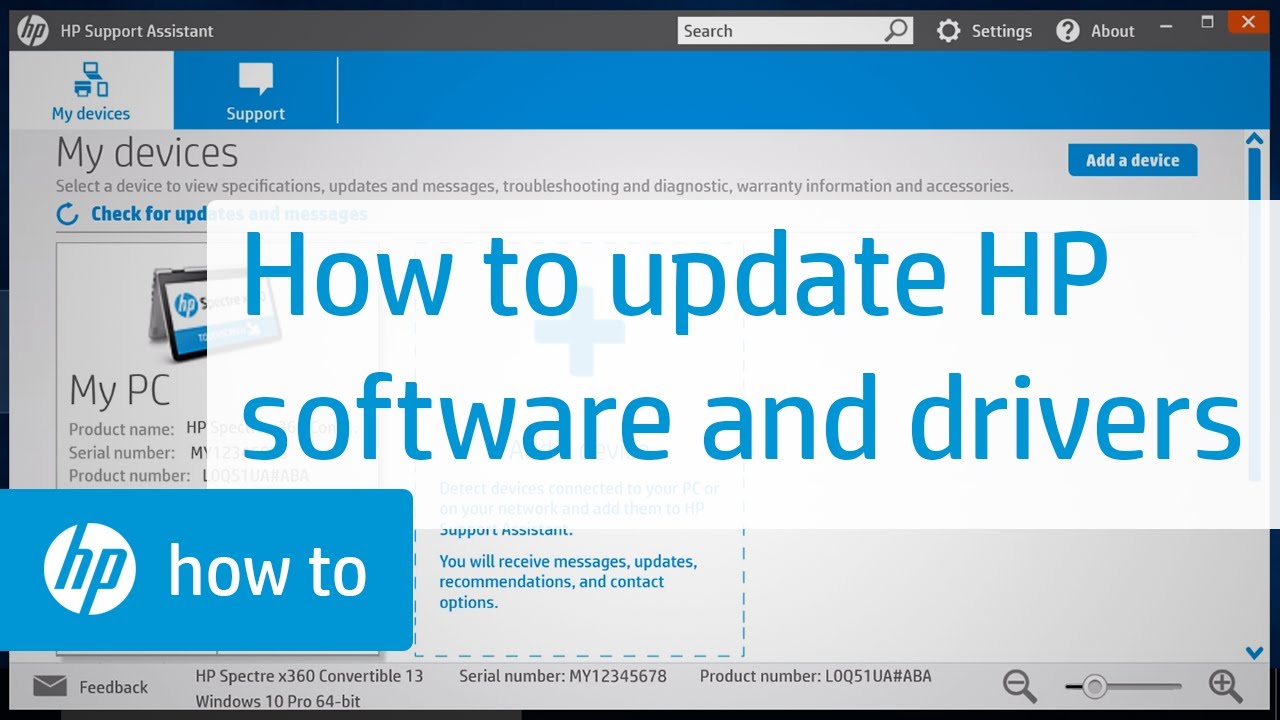 Users can use commands like, for example, 'COPY file1 LPT1:' to print the content of a file to a printer. The contents is transferred to the printer without any interpretation. Therefore, this method of printing is either for files already stored in the corresponding printer's language or for generic text files without more than simple line-oriented formatting.

Beyond this, there are no system-wide printer-specific drivers for use at application level under MS-DOS/PC DOS. Under DR-DOS, however, the SCRIPT command can be loaded to run in the background in order to intercept and convert printer output from applications into PostScript to support PS-capable printers also by applications not supporting them directly.

In order to support more complex printing for different models of printers, each application (e.g. a word processor) may be shipped with its own printer drivers, which were essentially descriptions of printer escape sequences. Printers, too, have been supplied with drivers for the most popular applications. In addition, it's possible for applications to include tools for editing printer description, in case there was no ready driver. In the days when DOS was widely used, many printers had emulation modes for Epson FX-80[1] and IBMProprinter commands. Many more recent laser printers also have emulation modes for HPPCL (HP LaserJet) or PostScript printers which will work in DOS. It appears that these are also compatible with Windows 3.x.[2]

On Microsoft Windows systems, printer drivers make use of GDI (Unidrv or PScript-based) or XPS (XPSDrv). Programs then use the same standard APIs to draw text and pictures both on screen and on paper. Printers which use GDI natively are commonly referred to as Winprinters and are considered incompatible with other operating systems, although there is software (such as PrintFil) which will make these printers work in a DOS prompt within Windows.

Win32 APIs also allow applications to send data directly to the spooler, bypassing the printer driver; however, few applications actually use this option.

The printer driver is usually located on the C:WindowsSystem32DriverStoreFileRepository folder on a Windows machine.[3]

The original AmigaOS up to 1.3 supported printers through a standard series of drivers stored at the required path 'DEVS:Printers'. All printer drivers were stored in that directory, and covered the standard printers in 1985-1989 circa, included Epson FX standard driver, Xerox 4020, HP, etcetera.

Any Amiga printer driver had to communicate though the standard Amiga printer.device (the default standard hardware device of Amiga dealing with printers), and the standard parallel.device (which controlled parallel port) and the driver would then control the printer on its own.

Amiga printer drivers were an innovation for their time. They spared users from individually configuring each of their applications. They had the ability to print up to 4096 colors.

Through the use of the Printer Preferences program printers could be connected to the serial port as well.

Amiga also had support for a virtual device 'PRT:' to refer to printer.device so, for example the command 'COPY file TO PRT:' caused the file to be printed directly bypassing parallel.device and the default printer driver. Amiga used ANSI escape codes, not the special ones defined by the various printer manufacturers. This way every application on the Amiga could use the same standard set of control sequences and wouldn't need to know which printer is actually connected. The printer driver then translated these standard sequences into the special sequences a certain printer understands.

Amiga internal function 'PWrite' of printer.device writes 'length' bytes directly to the printer. This function is generally called on by printer drivers to send their buffer(s) to the printer. Number of buffers are decided by the persons who created the driver. Amiga lacked a standard Printer Spooler.

Since AmigaOS 2.0 a standard printer.device was changed to control various printers at same time. The Printer preferences were divided in three main panels: Prefs:Printer which selects main printer and other basic elements such as 'Print Spacing' and 'Paper Size'. PrinterGFX controlled features like Dithering and Scaling. PrinterPS controlled Postscript Printers. The printer drivers surprisingly remained almost same of Workbench 1.3, with 4096 limits.

This fact led Amiga users to prefer third party Printer Systems with their own drivers, like TurboPrint and PrintStudio, which introduced not only recent drivers, but also featured a functioning Printer Spooler into Amiga, and featured 16 million colors printing. MorphOS uses a special version of TurboPrint to pilot recent printers.

Many Amiga programs like DTP programs as PageStream featured in the past its own printer drivers.

USB printers are automatically recognized by the Poseidon USB Stack. This stack is capable of detecting any USB device by its class, but printers still require a driver to be controlled.

In addition to being install-able on a computer, drivers could also be present in the embedded firmware of printers and made available through a networking protocol (e.g. IPP). The embedded firmware of a printer could thus eliminate the need to install any driver on a computer, by accepting print data in a general purpose format (e.g. PDF) via a networking protocol. Despite some efforts to standardize various stages of the printing pipeline, printer interfaces are largely still very proprietary and manufacturer-specific. Hence, nature of functions performed by drivers can vary. Nonetheless, based on the function performed, drivers can be classified as follows.

These drivers convert print data from one format (e.g. PS) to a final device-specific format that the printer hardware can process and create a print. These drivers act as the last stage in delivering a print job to the printer. These drivers are more likely to be embedded in printer firmware.

Examples of manufacturer specific formats include:

Install-able drivers can be packaged in various formats. PPD is a popular packaging format for drivers that accept Postscript data or PDF data as input. Due to dominance of select operating systems, the operating system–driver interface is more standardized than driver–printer interfaces. Hence there is more standardization in packaging formats of drivers than the actual functions performed by drivers.