January 22-February 1
The UNCAF Nations Cup is a biennial soccer tournament, held for the CONCACAF national teams of Central America: (Belize, Costa Rica, El Salvador, Guatemala, Honduras, Nicaragua and Panama) The tournament has been held since 1991 and doubles as a qualifying event for the Gold Cup. The top 5 teams will qualify for CONCACAF Gold Cup 2009. This years Nations Cup will be held in Tegucigalpa Honduras. Every nation in UNCAF (excluding Belize) has hosted twice except Panama who have only hosted once in 2003. The Cup was originally awarded to Panama. Panama’s national stadium is currently under a $19 Million renovation. Apparently work has not progress as planed and Panama’s stadium will not be ready. The alternative stadium Rod Carew also appears not to be an option. Negotiations between the FePaFut, the UNCAF, the company Traffic and the owners of the stadium failed to agree. Costa Rica was seen by many as favorites to take over organizing the championship since they were they first one’s to host in 1991. However Costa Rica’s federation said it would be too expensive to run. 'So far, we have no official communication from organizers and, on our own, it is not possible to contemplate the organization of the Nations Cup as the necessary budget for this type of tournament is too high,' Costa Rican Football Federation secretary General Joseph Ramirez is quoted as saying. The tournament is sponsored by Digicel the wireless communications giant in Central America. Digicel provides valuable financing to this tournament but apparently does not cover every expense. Digicel also sponsored the last 2 Caribbean Cups.
Honduras and Guatemala both submitted bids when Panama defaulted and it was Honduras who was awarded the tourney. Honduras last hosted in 2001. They will be one of the favorites to win since they will be playing on their home pitch. A quick at each group;
Group A
(Honduras, El Salvador, Nicaragua and Belize)
This group has 2 of the three teams playing in the HEX for the World Cup Qualifying in Honduras and El Salvador. The other 2 nations were probably grouped with Honduras since they are not that good. The idea here is to keep the host nation in the tournament for fan support and money at the gate.
Honduras currently holds back to back titles in 1993 and 1995. Honduras is coming off winning the U-23 Olympic qualification against the yanks in 2008. This was significant since the tourney was held in the states. Honduras will be led by Captain Amando Guevara. He has over 100 caps. He applies his trade for Toronto FC. Ramon Nunez grew up in US and played for SMU. He also played for Dallas FC and Chivas. He is small but will uncork a shot with any open space. Revolution fans will look for Maricio Castro(Revolution) on the left to feed their talented forward Carlos Pavon.
El Salvador: Every player but one player in the domestic El Salvador league. It is definitely not the top league in Central America but El Salvadorians do not care. They may feel a little disrespected that no other club wants their players. Eliseo Quintanilla who plays in the middle is by far the best player they have. They have never made the UNCAF Championship game. They came in 3rd 4 times and 4th 4 times. PTW Eliseo Quintanilla, Arturo Alvarez (San Jose Earthquake),Edwin Miranda ( Puerto Rico Islanders.)
Belize is the smallest Central American Country. They also have the smallest population. They are the only English speaking Central American nation. Belize could challenge. They had a very good showing against Mexico with a 2-2 tie in the USA during World Cup Qualifying. Let’s see if they can battle their Central America counterparts. They have never advanced in this tournament. They wear the all red uniforms.
Nicaragua has been trying to get it’s house in order for some time however it would be nice if they challenged for the knockout round. Nicaragua has never made the knockout round and will battle Belize to avoid being tagged the worst Central America team.
Prediction Honduras easily wins group with El Salvador taking second.
Players to Watch (ptw): (Hon) Amando Guevara (Toronto FC), Hon- Ramon Nunez (CD Olympia), Hon-FW-Carlos Pavon, El Salvador (Eliseo Quintanilla)
Group B
(Costa Rica, Panama, Guatemala)

Costa Rica have reached the finals every tournament (except one) winning 6 out of the 9 UNCAF Cups. They should be a strong favorite to emerge from this group. Walter Centino will control the middle feeding veteran Alvaro Saborio up front. Tico’s are the reigning Champions and have won the last 3 in a row. They have the best domestic league by far. PTW Celso Borges, Walter Centino (Saprissa), Alvaro Saborio.
Panama will challenge Costa Rica for the top spot in Group B. They should still be stinging bad about missing the World Cup Qualifying loss to El Salvador. They will have something to prove and should play with a chip on their shoulder. They have had a great run from 2005 until the upset from El Salvador in 2008. They will be looking for an international title to hang in their newly remodeled National Stadium. Their best result was the last UNCAF Cup in El Salvador. They battled Costa Rica to a 1-1 tie. They only lost in the penalty shoot out. They should be gunning for Costa Rica in this group play.
Guatemala plays a very physical game and they will be fighting for respectability from the start. They have been runner up in the UNCAF Cup a record 4 times. They did win the UNCAF Cup in 2001. Oddly enough the tourney was in Honduras. Maybe Guatemala can rekindle its magic and win another one here.
Prediction Costa Rica wins group and Panama earns second place.
Semi finals Honduras will handle Panama while Costa Rica will exert it’s will over on overmatched El Salvador. Final I see Honduras finally breaking Costa Rica grip on the UNCAF Cup with a hard fought victory.

7' Quioto wins the first corner for Honduras. Comes to nothing as a foul against them is called. 8' Morris with fantastic work on Maynor Figueroa to win a corner. Comes to nothing, and Honduras counter to win their second corner. 15' Morris with the some great high pressing to win a throw in. 17' Claros is booked for a high foot on Dempsey. The last finalists of the 2017 Gold Cup are getting ready for this year's edition that's just a few weeks away. The United States, current champion of the tournament, will face his last opponent.

The organization’s delegation, headed by its Executive Secretary Alicia Bárcena, is participating in the 2nd High-level United Nations Conference on South-South Cooperation, being held in Buenos Aires.

(March 20, 2019) “The modalities of international cooperation must adapt to the new global context and facilitate countries’ development processes with new instruments that are indispensable if we want to tackle current challenges and achieve the goals of the 2030 Agenda,” Alicia Bárcena, Executive Secretary of the Economic Commission for Latin America and the Caribbean (ECLAC), indicated during the second High-level United Nations Conference on South-South Cooperation (BAPA+40), which is taking place in Buenos Aires.

The senior international official is heading the delegation from the UN regional commission that is participating in various side events and in the main debates of the conference, which was inaugurated today by the President of Argentina, Mauricio Macri; the United Nations Secretary-General, António Guterres; and the President of the global organization’s General Assembly, María Fernanda Espinosa.

Alicia Bárcena accompanied the Secretary-General during his bilateral meetings with President Macri and with the President of Chile, Sebastián Piñera. In addition, she held a series of meetings with the delegations representing the countries of the region, especially those from the Caribbean. 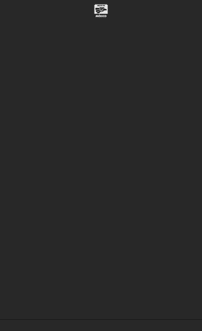 Bárcena was one of the main speakers at the side event “Transition to sustainable development: New pathways for cooperation to fulfill the 2030 Agenda,” which was held this Wednesday, March 20, and organized by the Organization for Economic Cooperation and Development (OECD), the CAF-Development Bank of Latin America, ECLAC and the European Union.

On this occasion, these four institutions released the joint document Latin American Economic Outlook 2019 (LEO). In it, they call for a renewed and inclusive multilateralism to forge a new approach to development and a new paradigm for international cooperation, with the goal of overcoming the development traps that the region’s countries face. These are the traps of productivity, social vulnerability, institutional matters and environmental sustainability.

The report states that Latin America and the Caribbean should put itself at the forefront of this reformulation of international cooperation. It also urges the region’s governments to take on the challenge of leading the drive to promote a renewed and inclusive multilateralism that contributes to fulfilling the 2030 Agenda for Sustainable Development.

“The 2030 Agenda and its Sustainable Development Goals (SDGs) represent a renewed consensus for achieving a new development paradigm and an important political step forward. This ambitious agenda cannot be achieved in isolation. It establishes commitments for the entire international community and demands policy action at a national, regional and global level,” Bárcena stated during the presentation.

“In this framework, Latin America and the Caribbean faces complex challenges to its development, which require another approach. Hence, ECLAC along with the OECD and the European Union have presented a new modality, called Development in Transition (DiT), to support the region in its transition to more inclusive and sustainable development,” she added.

ECLAC’s Executive Secretary underscored that the current measurements of income and per capita GDP are inadequate since they do not capture the real level of countries’ development and they provide very poor information for policy making. “Today’s world is completely different from when the 2030 Agenda was approved (in 2015). Today we face a very volatile and shifting context, weakened multilateralism, a trade war, climate change, greater inequality and fragmented cooperation. Many countries have been ‘graduated’ (from official aid), but what does it mean for a country to graduate? They still have structural gaps, which make them fall into this ‘development trap,’” she explained.

“We offer concrete proposals to deal with this situation. For example, lowering the transaction costs of remittances, regulating transborder illicit flows, and many others. We need to change the metrics, seek spaces for cooperation and strengthen the production of regional and global public goods,” Alicia Bárcena stressed.

“Inequality in our region continues to be an issue. We must put equality and sustainability at the center of development and investment. Through this tool on Development in Transition, ECLAC, along with the OECD and the European Union, offers a dialogue mechanism for reclaiming multilateralism at a regional level, which we need so very much,” she said previously, during a side event at the BAPA+40 Conference on Uruguay’s cooperation policy, held on Tuesday, March 19.

Meanwhile, ECLAC’s Deputy Executive Secretary, Mario Cimoli, participated in two side events at PABA+40: one on cooperation for the implementation of the 2030 Agenda, the G20 and the voluntary peer learning mechanism – organized by the National Council for Social Policy Coordination of Argentina – and the other on South-South cooperation for the financing of development in the digital era, organized by the United Nations Conference on Trade and Development (UNCTAD).

At the first side event, Cimoli emphasized education and early childhood as determinant elements in the processes of greater inclusion and poverty reduction, while at the second one, he stressed the importance of digitalization in current development opportunities, and the key role that blockchains and fintech companies play as crucial technologies that will help regional integration. 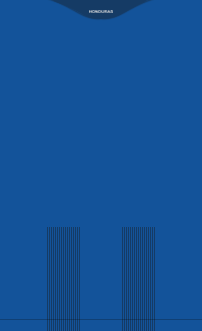 Both ECLAC’s Executive Secretary and its Deputy Executive Secretary will continue participating in the BAPA+40 Conference on Thursday and Friday, March 21-22. In addition to taking part in debates at the plenary meetings, they will speak at side events on international cooperation with the Caribbean Community (CARICOM) and on the quantification and valorization of South-South cooperation.