Listen free to Mary Mary – Go Get It (Go Get It, God Bless and more). 13 tracks (47:09). Discover more music, concerts, videos, and pictures with the largest catalogue online at Last.fm. ∙ Beginning in 2007, the Campbells served as judges on BET’s gospel music competition show, Sunday Best, and from 2012 to 2017 they also starred in the reality show Mary Mary. ∙ Billboard named their fifth release, 2008’s The Sound, that year’s Top Gospel Album after it.

Go Get It is a compilation album by R&B/Gospel duo Mary Mary containing songs from their albums Thankful, Incredible, Mary Mary, The Sound, and Something Big, also containing some new songs including the single 'Go Get It' and remixed and remastered hits was released on May 8, 2012. The album debuted at number ten on the Billboard 200, giving Mary Mary their third top ten album in the US; with first week sales of 18,946 units.[1]'Sunday Morning' was the second single to be released.

Credits are source and adapted from allmusic.com.[2]

Written by Penny Chou, the Word Document is available for download here.

Mission connection: When advertising, ask the audience to bring a “baby gift for Jesus” to the play. At the end, they will bring them up to the communion rail. The Missions Committee can decide who to give the gifts to, perhaps Kingdom House.

Kids walk into the sanctuary in twos (older one with a younger one) and sit in front pews while “The First Noel” by Josh Groban and Faith Hill plays.

Narrator has lapel mic. In each scene another character holds the mic for everyone, as indicated.

(Mary and the sheep go on stage. Mary carries a shepherd’s staff.)

Mary and the sheep sing “Mary Had a Little Lamb” a capella.

Mary had a little lamb; its fleece was white as snow.

Everywhere that Mary went, the lamb was sure to go.

Narrator: No she didn’t!

(Mary and the sheep look surprised.) 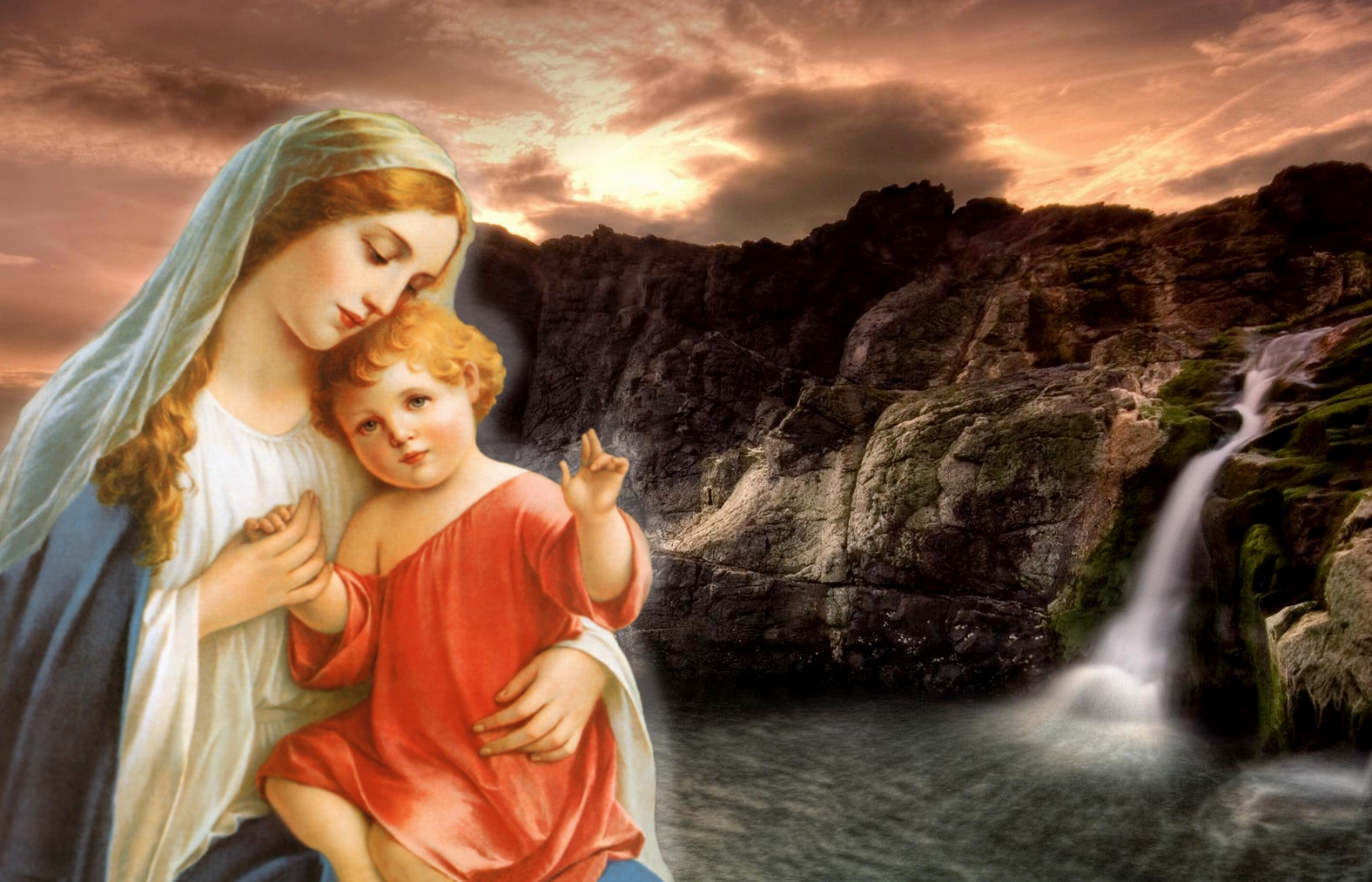 Narrator: It was a baby boy and God was its daddy. But Joseph took Mary as his wife and helped her to take care of the baby. (Joseph steps onto the stage and stands by Mary, smiling.)

Narrator: An angel told them to name Him Jesus. (Angel #1 steps onto stage and waves at the sheep.)

Sheep #5: Why did God send this special baby?

Narrator: God loved the world so much that He gave His one and only Son, so that everyone who believes in Him will not perish but have eternal life.

Sheep #6: Where was the baby Jesus born?

Narrator: Mary and Joseph had to travel to Bethlehem and they couldn’t find a hotel, so they stayed in a stable. Jesus was born there and they used a feed trough, also called a manger, as His bed.

(Mary and Joseph go to the manger scene in the corner and sit around the manger in which there is a baby Jesus. Angel leaves the stage. Ram takes black sheep to the choir loft, puts on a black shirt and head cover. )

(Remaining sheep split into two huddles. Then they do a simple football play. Then black sheep and Ram return to stage and scene 2 begins.)

Mary Mary Get Up

Shepherds sing to the sheep: Baa, baa black sheep, have you any wool?

Sheep respond: Yes sir, yes sir, three bags full. One for my master, one for my dame, and one for the little boy who lives in Bethlehame.

Narrator: No, no, no! That’s not how the shepherds fit into the story!

(Shepherds and sheep look surprised. Shepherds put their fists on their hips and look confused.)

Shepherd #1: I thought that maybe the shepherds used their sheep wool to make a blanket for the baby Jesus.

Narrator: Maybe, but they played a much bigger role than that. (Shepherds stand up straighter and look proud.)

Shepherd #2: Did we fight the lions that were going to attack the baby Jesus? (brandishing his shepherd’s staff)

Narrator: No, but you did have to be brave.

Shepherd #3: We’re not afraid of anything!

(Angels come on stage and shepherds cower. Shepherds move to the side with their sheep to protect them while cowering.)

Angel #1 (Gabrielle): Don’t be afraid! I bring you good news that will bring joy to all people.

Angel #2: The Savior – yes, the Messiah, the Lord – has been born today in Bethlehem.

Angel #3: You will find a baby wrapped in strips of cloth, lying in a manger.

Angel #4: Glory to God in the highest heaven, and on earth peace.

While shepherds kept their watching o’er silent flocks by night, 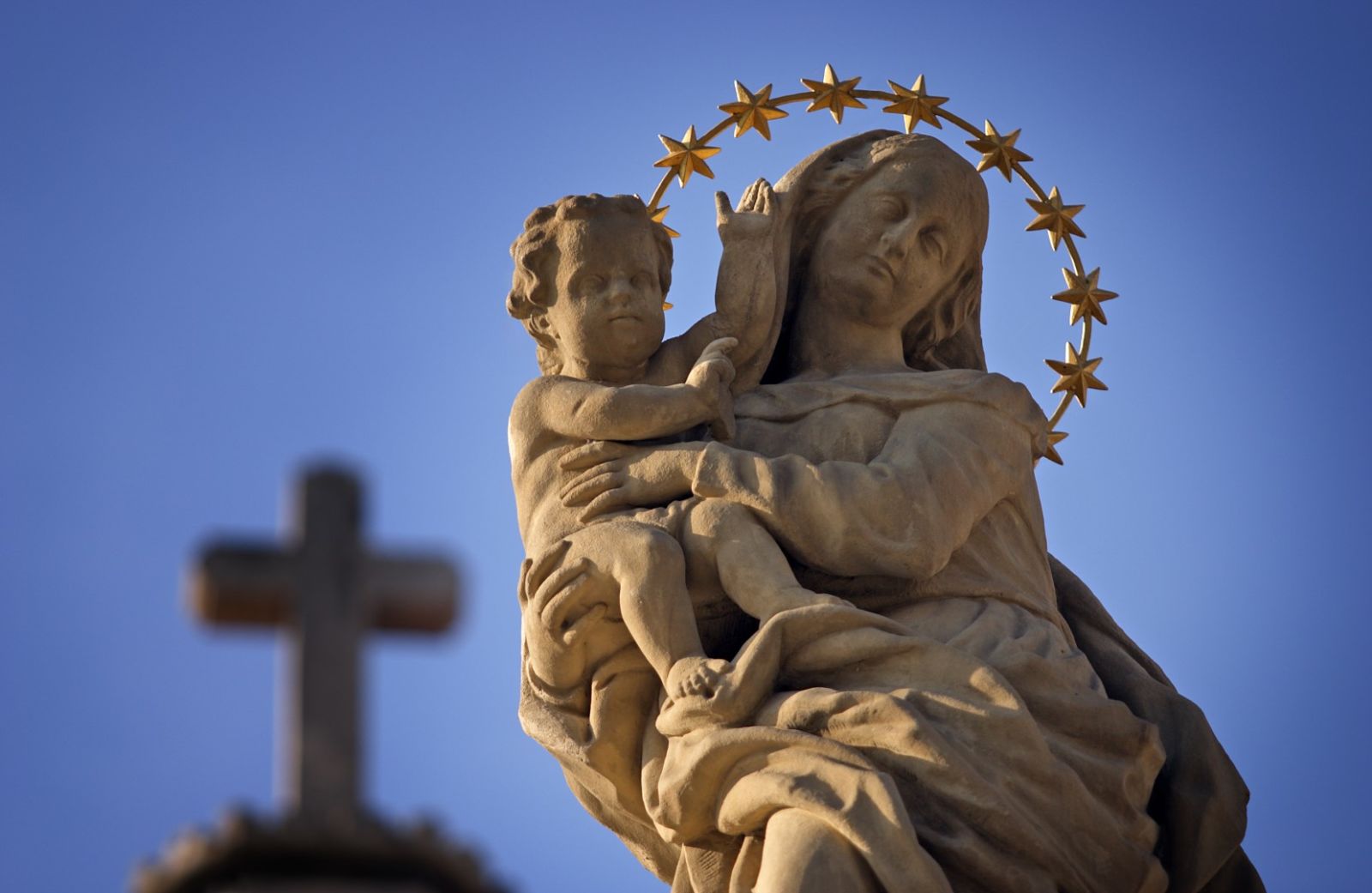 Behold throughout the heavens there shown a holy light.

The shepherds feared and trembled, when lo! Above the earth,

Rang out the angel chorus that hailed the Savior’s birth.

Down in a lowly manger the humble Christ was born,

And God sent us salvation that blessed Christmas morn.

(Shepherds walk to the manger scene, herding their sheep along as they go.)

Narrator: Hmm. I’m sure you must have done something.

Jesus, our brother, strong and good,

was humbly born in a stable rude,

And the friendly beasts around him stood,

Jesus, our brother, strong and good.

“I,” said the sheep with curly horn,

“I gave him my wool for his blanket warm,

He wore my coat on Christmas morn;

I,” said the sheep with curly horn.

(Shepherds, herding their sheep, go to the corner to admire the baby Jesus, then walk to their seats in the pew while the refrain of “Go Tell It on the Mountain” is played once more as an instrumental piece.)

(Mary, Joseph, and the narrator remain on stage, but everyone else should be off. King Herod is sitting on his throne on stage.)

3 magi dance onto stage while a drum beats the rhythm for “Old King Cole.”

Narrator: Old King Cole might have been a merry old soul, but King Herod was not!

King Herod: Who have we here?

Magi #3: We are following the star to see the King of the Jews who has been born.

King Herod (winking or wiggling his eyebrows): I’d like to see Him too. When you find Him, let me know where He is.

Narrator: The magi found the baby Jesus and gave Him gifts of gold, frankincense, and myrrh. Then they returned to their homes by another route.

(3 magi take their gifts to the manger scene and one at a time kneel down and present their gifts. Then they look over at Herod and sneak off the opposite side of the stage. After that, Herod leaves by the side steps.)

(Narrator walks over to the manger scene.)

Narrator: What a cute baby! (Mary and Joseph smile.) Koochie-koochie-koo. (Narrator tickles Jesus under the chin.) May I hold Him?

(Mary hands baby Jesus to the narrator who rocks Him in his/her arms while Mary sings “Rock-a-bye Baby” and Joseph gently shakes his head “no” during the song.)

Rock-a-bye baby, in the treetop

When the wind blows, the cradle will rock.

When the bough breaks, the cradle will fall

And down will come baby, cradle and all.

Joseph: That’s not how it goes.

Away in a manger, no crib for a bed,

The little Lord Jesus laid down his sweet head.

The stars in the sky looked down where he lay,

The little Lord Jesus, asleep on the hay.

The cattle are lowing, the baby awakes,

But little Lord Jesus, no crying he makes;

I love thee, Lord Jesus, look down from the sky

And stay by my cradle till morning is nigh.

Narrator: (addressing audience) Please join us in singing “Silent Night” (UMH 239) together. If you have brought a baby gift, you may bring it up to the communion rail during the song.

Silent Night, holy night, all is calm, all is bright

Round yon virgin mother and child. Holy infant, so tender and mild, 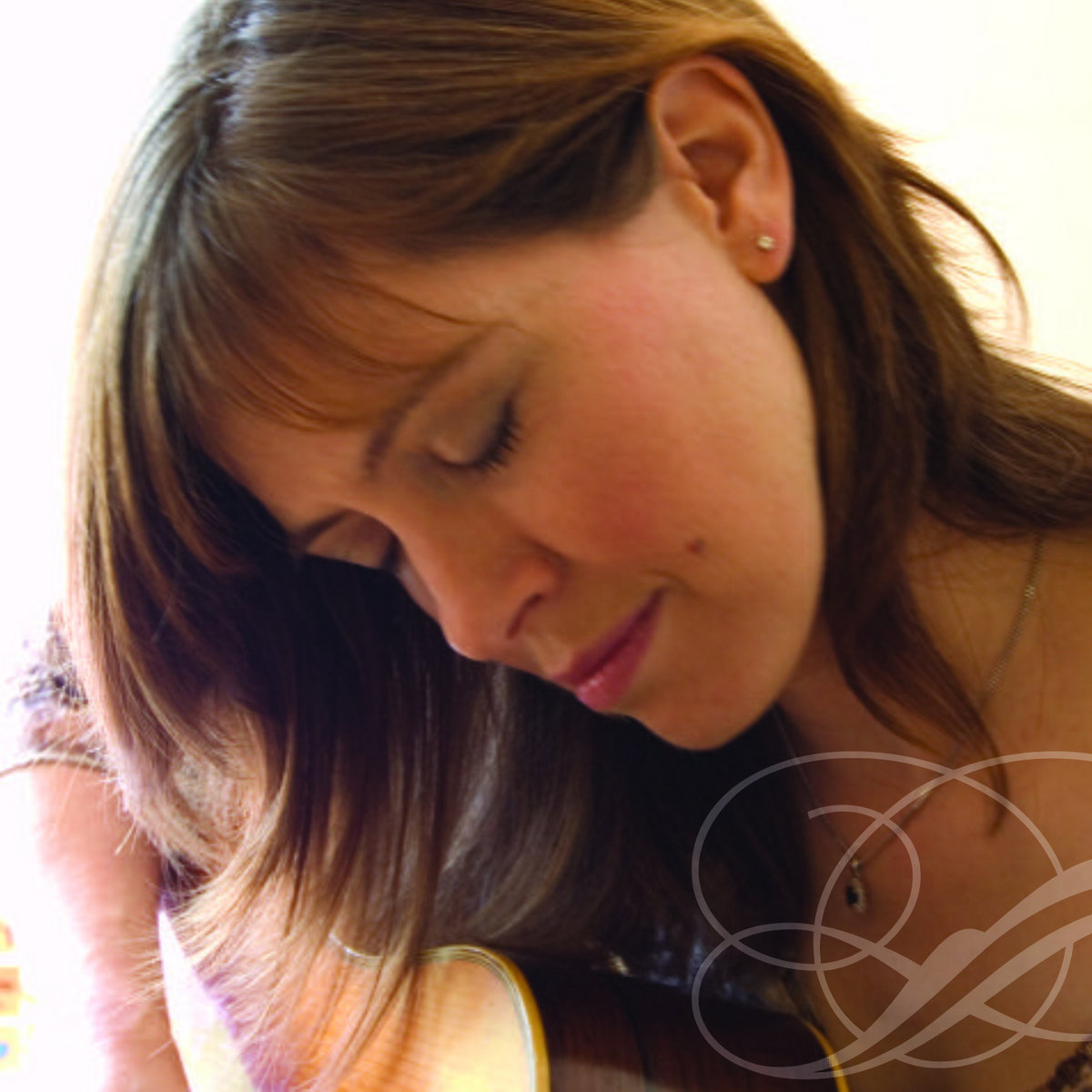 Radiant beams from thy holy face with the dawn of redeeming grace,

With the angels let us sing, Alleluia to our King;

Children bow for applause. Afterward, actors stand in place while director thanks everyone and invites everyone to Fellowship Hall for Jesus’ birthday cake. Children process by two’s while “Joy to the World” by Mariah Carey plays.