Django is a highly popular, free open-source high-level Python web framework. It follows the MVT (Model-View-Template) architecture and helps in the development and maintenance of high quality web applications. The primary reason for its popularity is its encouragement for rapid development with the help of pragmatic design. This fully featured server-side web framework eases the web development process and eventually helps in the saving you a lot of time. It also involves less coding which is another benefit for the developers.

Django Software Foundation is the one responsible for the maintenance of Django framework. Well, it is licensed under the BSD license.

This tutorial will help you to understand the Django framework completely. 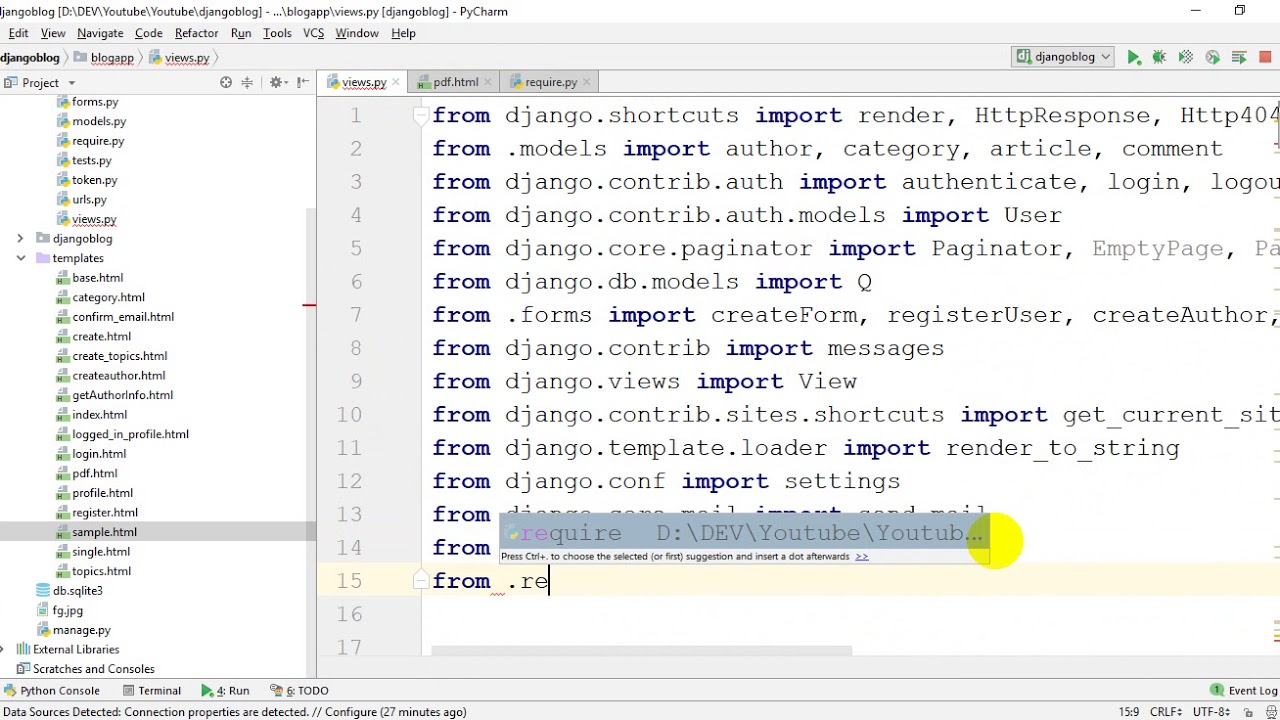 Who Is It For?
This tutorial is designed for those who want to learn to develop high quality web applications with the help of Django. We will be starting with the basics of Django and finally move towards the complicated concepts of the framework.

What Are The Required Prerequisites?
There are a few concepts you should be aware of before we can proceed ahead. Take a look at the below list to understand what are the required prerequisites of this tutorial:

Django’s History
The timeline of the evolution of Django is given below:

2003: Two of the web programmers of Lawrence Journal-World newspaper built Django when they started working on Python. These were Adrian Holovaty and Simon Willison. The framework is named after the famous Belgian-French jazz guitarist, Django Reinhardt. 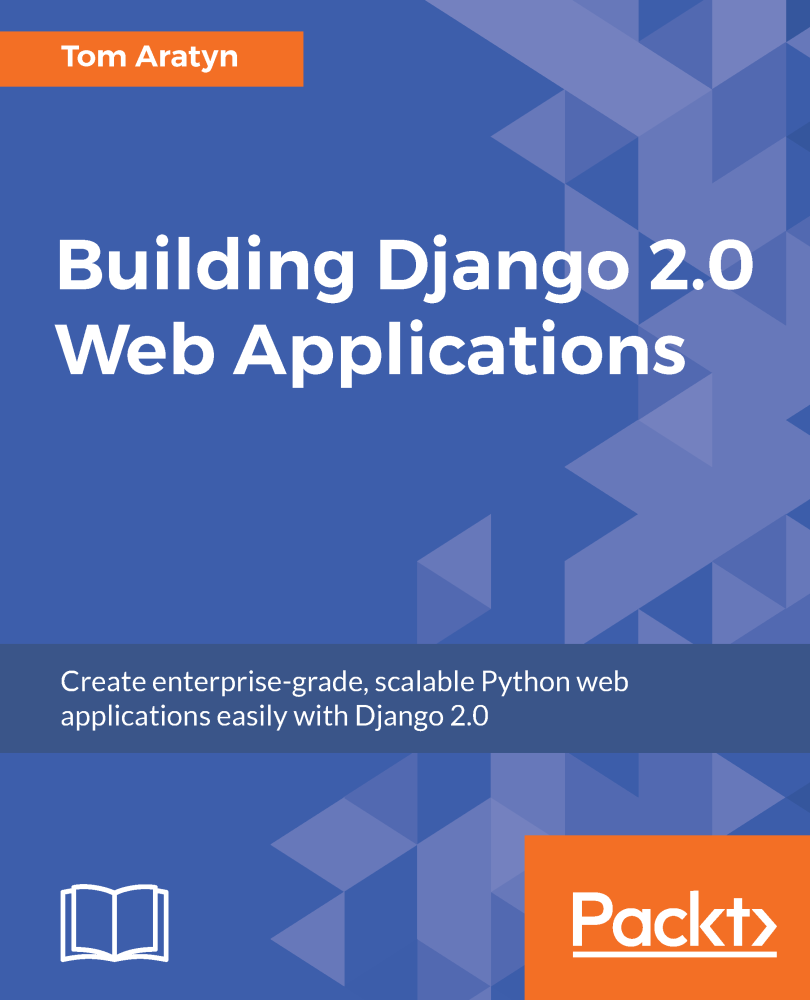 2008: The maintenance of the Django framework was handed over to Django Software Foundation (DSF).

Current Scenario: It emerged as an open source project for all the contributors around the world participating in the betterment of the framework.

Design Philosophies of Django
There are a few design policies of Django that you should be aware of before we step forward in the process of Django learning.

* Loose Coupling: The principle makes sure that the different layers (or various elements of the stack) of the framework stay independent of each other until there’s an absolute necessity of it. In other words, it follows the concept of “loose coupling and tight cohesion”.

* Use of Less Code: It is known for making full utilization of the dynamic nature of Python. Thus, it focuses more on using minimum coding possible.

* Quick Web Development: The framework facilitates you with the fastest web development.

* DRY – Don’t Repeat Yourself: It eliminates the concept of redundancy by keeping every part of the code in “one place only”.

You regain all expended Spell Slots when you finish a Long Rest. You prepare the list of Druid Spells that are available for you to cast, choosing from the druid spell list. When you do so, choose a number of Druid Spells equal to your Wisdom modifier + your druid level (minimum of. Druid is a primal class in 4th edition Dungeons & Dragons. There are three druid subclasses: original druid (a controllerPH2:82), sentinel (a leaderHotFK:83), and protector (a controllerHotF:69). 1 Class traits 1.1 Class skills 2 Original druid 2.1 Balance of Nature 2.2 Primal Aspect 2.3 Ritual Casting 2.4 Wild Shape 3 Sentinel 3.1 Acolyte of the Natural Cycle 3.1.1 Druid. Druids revere nature above all, gaining their spells and other magical powers either from the force of nature itself or from a nature deity. Many druids pursue a mystic spirituality of transcendent union with nature rather than devotion to a divine entity, while others serve gods of wild nature, animals, or elemental forces. To give an example, I am playing a druid myself with a custom tiny race I made for my own campaign settings that is an inorganic race made of crystals. They eat crystals, gems, and ore instead of normal food, but my character is also a jeweler because of the race's natural ability to shape and grow crystals and gems. The bottom-line is that druids are awesome, jack-of-all trades characters. If you’re a druid, you can stand back and heal, transform into an angry beast and slice the enemy to bits, befriend animals and find information, spy on foes, and more. And besides, druids are fun to roleplay.

* Consistency: This framework makes sure that the consistency remains from the low level to the high level of the web development.

* Clean and Pragmatic Design: Throughout your web development, there will be a strict maintenance of clean design.

Django is a popular Python-based web framework. It is batteries included which dramatically speeds up web development but also comes with a bit of a learning curve for newcomers. Whether you are new to web development or already experienced, here is an up-to-date list of the best Django books.

Note that new versions of Django come out every 9 months or so. The latest version, Django 3.1, was released in August of 2020, Django 3.2 is expected April 2021, Django 4.0 on December 2021, and so on. This rapid release schedule makes it very difficult–if not impossible–for book authors to keep up with. The books on this list have all been updated in the last few years and are good resources.

Full Disclosure: I’m the author of 3 of these books.

A project-based introduction to Django that is suitable for total beginners who have never built a website before as well as professional programmers looking for a fast-paced guide to modern web development and Django fundamentals. It covers building 5 websites from scratch including a Blog and Newspaper. Topics include deployment, testing, environment variables, customizing a site, custom user models, emails, permissions, authorizations, and more.

A Wedge of Django

A beginner-friendly walkthrough of building a Django web application from the ground up. Written by the authors of the classic Two Scoops of Django.

Build a fully functioning website while learning all about Django topics. From the maintainer of the DjangoBook website and author of the more advanced Mastering Django book.

The fourth edition of this book written by two scholars at the University of Glasgow demonstrates how to build a sample Rango application. It also explains external APIs, Git, unit testing, and deployment via Python Anywhere.

There is a large gap between simple “toy apps” built while learning Django and what it takes to create a production-ready website that can handle thousands or millions of years. This book shows you how to take that next step.

An updated edition to the classic Django best practices guide. It does not adopt a typical tutorial structure but instead has chapters dedicated to specific areas of Django including models, views, templates, forms, project structure, queries, admin, and so on.

Most Django developers–myself included–keep a copy of this book on their desk as an indispensable reference guide to building Django projects.

Speed Up Your Django Tests

Author Adam Johnson is a member of the Django Technical Board and an expert on security and testing. In this book he provides an intermediate/advanced guide on adding and speeding up test coverage to any Django web application. This book is chock-fill of wisdom.

Django is often used as a backend API to power mobile apps or websites using a dedicated JavaScript front-end like React, Vue, or Angular. This book is a hands-on guide to building modern APIs with Django and Django REST Framework.

The Temple of Django Database Performance

Django’s built-in ORM is powerful but to really maximize performance in your web applications, you need to go a step deeper and master database performance. This books shows you how. It covers profiling and measurement tools, how to evaluate queries, and a host of advanced techniques.

Mastering Django is a complete guide to Django written in a friendly, accessible tone. The first half covers the fundamentals: models, views, templates, urls, forms. The second half goes in greater depth on the same topics with concrete examples throughout.

Although released in 2015, this book’s advice is timeless and still relevant to most web applications. It has many great tips for improving performance in your Django website and your related databases.

The book is written for Django 1.11 but is so good it still deserves to be on this list. It walks through the test-driven development of a Django web application as well as covering Selenium and more.

The following are online-only book length courses that are also recommended.