We’re always looking for new recruits to help us so please clickhere if you want to find out more about the ways you can help us (e.g. local input, watching games)!

Our in-play service continues to make profit so click here if you are interested in a free trial! 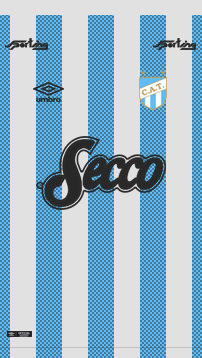 There are 4 bankers and 5 value tips in the Members Section today so feel free to sign up here to see them + team news!

Today’s free tip is in the Australian A-League game between Perth Glory and Brisbane Roar.

I’ve staunchly gone against Perth Glory in recent times because their form has dipped. It was inevitable that it’d happen but the timing couldn’t have been worse with crucial games having gone against them. However, I believe that they’ll overcome Brisbane Roar in today’s game and I’ll explain why.

Firstly, there’s the fatigue factor. Brisbane Roar do not have the squad to play three games in seven days but that’s the task ahead of them with today’s match being their second. It would be logical if they rested players for this game ahead of their trip to Japan, especially considering the distance they’ve had to travel just to play this game since their defeat against Beijing Guoan in Brisbane a few days ago. If they’ve got a death wish then they’ll keep the same eleven for this game but given the usual problems with heat in Perth, I don’t believe that they’ll do so. With that in mind, Brisbane Roar shouldn’t be at full strength and given that they’re not as good now as they once were anyway, it’s hard to believe that they’ll upset an ambitious Perth Glory side.

Secondly, Brisbane Roar are going to need more than luck to win this one. They’ve had more than their fair share of luck in recent times but they’re going to have to play very well to record a positive result in western Australia, where they’ve lost twice in their last four visits, winning just once along the way. Set pieces, penalties, and last minute goals are all absolutely fine and nobody would turn them down if it meant that their team would win a game of football but Brisbane Roar aren’t doing more than that to win games so now they’ve finished playing “the dross” in the A-League, it remains to be seen how they’ll fare against a good side. Perth Glory aren’t as good as the league table suggests but they’ve proven how dangerous their attack actually is this season so I think that they’ll ruffle a few feathers today.

Lastly, Perth Glory have recovered promising playmaker de Silva for this match. He’s not integral to their setup, per se, and nor are they a one-man band. However, his return lessens the damage done by Hersi’s continued absence as it allows Perth Glory to be more than a “hit and hope” side due to the pace that they have up front. Now they can use their pace down the flanks but also play through the middle and that’s extremely useful for them. It even means that Marinkovic should be afforded more space and again, that’s only good news for Perth Glory. Subseuqently, we should see a more varied attack from today’s hosts and that makes them less predictable and thus more dangerous.

If Perth Glory play as I expect them to here then they should be able to put Brisbane Roar back in their place. I can’t realistically accept that the visitors will have enough energy or cohesion to survive this trip for a multitude of reasons (e.g. unfamiliar defence). Perth Glory haven’t done enough to win most of their games lately but if they turn things around today and truly put their backs into it then they should edge this encounter. To me, there’s enough going against Brisbane Roar and enough going for Perth Glory to lend the home win some faith at evens.

Verdict: Perth Glory to win at evens. Why not bet on this game now at Bet365?

As ever, if there are any explanations required then please feel free to post a comment! For the remainder of my thoughts on today’s games, see below, although I feel compelled to write that the below are not necessarily my tips but merely my thoughts to prevent endless questions about my thoughts on certain games. For confidence ratings, you’ll need to go to the members section here.

Genclerbirligi vs Sivasspor
Rizespor vs Eskisehirspor
Konyaspor vs Fenerbahce