I brew to BJCP style guidelines so that I can have a basis for comparison as I continue to tweak and improve recipes across batches.

I believe that small is beautiful. I brew beer like I build fires. Start small and continue supplying heat, fuel, and oxygen. My beer is made from the best water, straight out of the mountain.

I make beers you can’t get anywhere else. Come and get some! If you don’t get any this time around, don’t worry. I’ll make some more sometime soon.

I believe in the community supported brewery model, and I’m working to establish such an operation here in the mountains of North Carolina.

I prefer traditional (pre-industrial) beer storage and service techniques, such as natural carbonation and cask conditioning and gravity taps (or hand-pumped beer engines).

I’m on the pathway to commercialization, assuming I can run my small beautiful brewery the way I’d like to. Otherwise, I’ll just keep making beer and giving it away.

Last night Season Two of BEERLAND came to a close and the winning homebrewer was chosen and had their beer brewed at Golden Road Brewing for large distribution.

The five-episode second season of BEERLAND began on Viceland on December 7, 2017 with the first episode filmed here in Portland, Oregon. This television show that is part travel and part competition is hosted by Golden Road Brewing co-founder Meg Gill as she travels across the country meeting and learning about each of the featured community’s homebrewers.

For this season Gill visited Oregon, Michigan, Alabama and Florida with the finale episode broadcasted from Golden Road Brewing in Southern California. It is this season ending episode where the winning homebrewers were announced. BEERLAND Season Two winning homebrewers were Michael Flinn and Jonathan Billings of Sebastian, Florida for their Man-Go-War Wheat Ale. This duo is members of a local Sebastian homebrew club Red Buoy Brewers.

Both Michael and Jonathan have been lifeguards together for the past 20 years and developed a passion for beer that led to homebrewing a few years ago. Being lifeguards they are very knowledgeable on the weather and during the filming of their episode in Sebastian, Hurricane Irma was looming in the distance.

However this massive storm did not prevent Meg from sampling their beer, Man-Go-War Wheat Ale, brewed with mangos, habaneros and blueberries. This beer intrigued Meg so much that this is the winning homebrew from BEERLAND Season Two.

From brewing the winning homebrew both Michael and Jonathan helped brew their beer on the big system at Golden Road Brewing for large scale distribution.

Man-Go-War was released yesterday and is a light bodied, easy drinking wheat ale with aromas of blueberries and a pleasant mango on the taste. There is also a slight bit of heat on the back end. A drinkable 5% ABV fruit beer!

We recently interviewed both of the winning home brewers, Michael Flinn and Jonathan Billings from Red Buoy Brewers to learn more about their experience with Meg Gill and the BEERLAND crew.

How did you originally connect with Meg Gill and BEERLAND?

Michael Flinn: Jonathan and I, along with many other local talented homebrewers in our area, were contacted by our local homebrew supply store “Scortino and Son Brewery Supply” about an opportunity to be on Beerland; A show that we were all very familiar with and fans of. They provided us with the proper contact information and a questionnaire in which we filled out and sent back the following day. Within an hour or two of sending in our story, we received a phone call from a casting director with VICE who wanted to schedule a video interview with the two of us. Within a day or so after our interview, we received a phone call stating “We’re In”!

What made you two get into homebrewing?

Michael: About two and a half years ago, we decided to see what all the talk was about with our small town’s first microbrewery, Pareidolia Brewing Company. We quickly made friends with the owners Pete and Lynn Anderson who share the same passion for the beach and surf as we do. While enthralled by every beer on tap, Pete, the teacher that he is, continued to explain the process of brewing beer to us. We quickly came to realize that yes, brewing is an art form, a “craft,” and we most definitely wanted to be part of it. We ended up buying Pete’s old 5 gallon boil kettle and off we went. We started with an extract brew and quickly stepped up to the all grain ½ bbl HERMS we have today. We were bitten by “the bug” and became obsessed. This obsession turned into a passion.

How did you decide to begin adding ocean water to your brewing process? 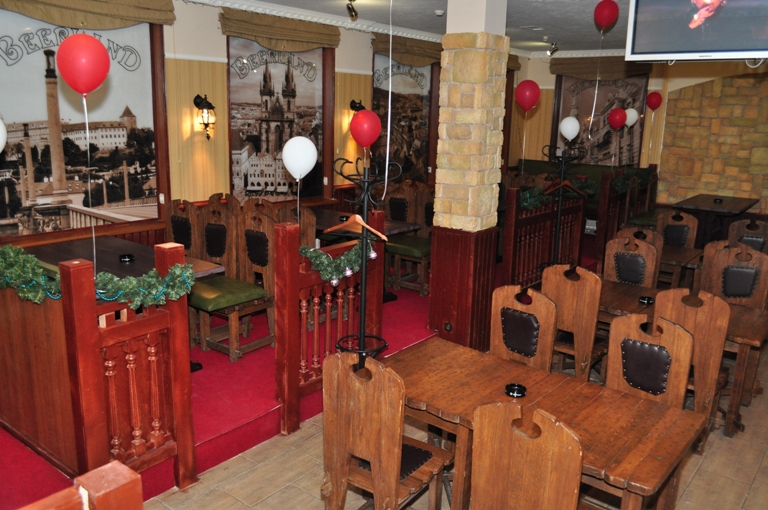 Jonathan Billings: We knew that water is a vital part of brewing beer. After researching and testing our local water profile, we discussed ways to supplement the minerals needed for different beer profiles. Being right here on the ocean, we tested the seawater and saw the potential of getting mineral content naturally and adding that directly to our brews.

When you filmed your episode of BEERLAND, Hurricane Irma was approaching Florida. Starry sky in spring iso download selfie pc. How did this pending hurricane impact filming?

Michael: With the approaching storm, our focus was staying in communication with the film crew to adjust on the fly and improvise as the weather shifted hourly. We had to change plans several times. We were also putting up shutters for local residents and making sure our families were safe. But we settle on having a small hurricane party at our brew barn. Beer is a catalyst for bringing people together and this was a time that our community needed to band together more than ever before, so what better setting than around some good brews?

When you originally brewed mango war, how did you decide to incorporate mango, blueberries, and habaneros into a beer?

Jonathan: There was a local Shrimp and Brew festival we were attending and we wanted to make a beer that would go great with shrimp. We discussed a mango habanero chutney beer and with the suggestion of family members who recently had a blueberry habanero beer, we decided to add blueberries. This went well with the theme that we had discussed for this beer: blueberries to make the color like a Portuguese Man-O-War (jellyfish) and habanero for the sting. Unfortunately the blueberries didn’t add much color (we would need about 5 gallons for that) but in turn the blueberries added a pleasant aroma to the beer. So Man-go-War was born.

What was your involvement for the final brew of the larger release from Golden Road Brewing?

Michael: We had the opportunity to design, develop, and brew our very own recipe in collaboration with the head brewers (Victor Novak and Obed) of Golden Road. They were great resources to guide us as we transitioned our brew on to the large scale production capabilities of Golden Road while allowing us to lead the creative vision and be hands on along every step of the way.

On this final production brew did you take Meg’s advice and add more mango to the beer?

Jonathan: Yes, that was one of the first things we discussed with the Golden Road brewers. It’s interesting she mentioned more mango flavor, because after tasting the beer following the brewing process we agreed it needed more mango. It was nice to know we were all on the same page and want to put out the best possible version.

Do either of you have aspirations to take your brewing to the next level to open a brewery?

Jonathan: Who knows what the future will hold for Red Buoy Brewers. If a good opportunity comes from this, there is nothing off the table. But for now, we are focusing on getting beers ready for our upcoming local charity events plus upgrading our equipment.